Last week my youngest son asked me if I was interested in seeing a 25th anniversary screening of the movie 'Trainspotting' at the cinema tonight.
I thought not really, but I could tell that he wanted to see it, so I said yes just to have a night out.
He said he would buy the tickets to the movie, so I said I'd shout dinner at the sushi train restaurant under the cinema. 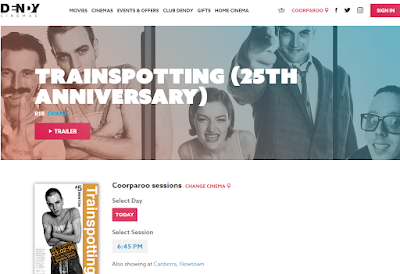 And before I left for the cinema this afternoon I watched
a news story that appeared on the
Australian ABC news website today about a guy in America filming a drone flying through a cinema complex.
So instead of spending my time in the cinema tonight trainspotting I was also keeping an eye out for drones:-) 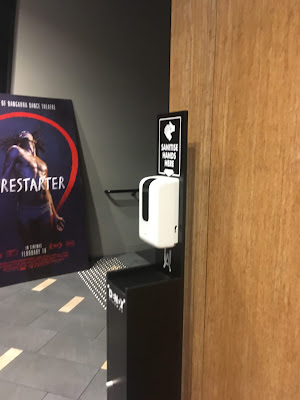