Haunted Historical Her Majesty's Theatre and the Ghost of Jon English?

I wrote a post about listening to tales of haunted places around Brisbane at 'The Open-Minded Skeptic' podcast site in this recent post -
It's Beginning to Look a Lot Like Haunted Christmas Past Now?
And I recently listened to a few more podcasts involving places that I didn't get around to visiting on my last trip to the CBD, but have been past, or in at some point in my life.
One I listened to was the podcast about Her Majesty's Theatre in Queen Street Brisbane, which is now long gone, but a theatre I saw quite a few movies in as a young child.
And even though I had heard whispers about the theatre being haunted none of those whisperers could tell me by who or under what circumstances.
So it was interesting listening to hear the tales of murder and ghosts that are/were said to haunt the theatre, which is just now a ghost itself with the Hilton Hotel and a shopping mall built where it once stood.
I wonder if there are any ghost stories involving the relatively young Hilton Hotel yet?-)
At one point in the podcast when it was mentioned that the late
Jon English once stated that he saw a ghost cross the dress circle while he was on stage at Her Majesty's in Brisbane looking out to the audience, my mind suddenly produced a big record scratch with the realization that Jon was now a ghost ... more or less ... himself.
I searched You Tube for clips about Jon's life and songs (the ones you see on this post) and was surprised to see the clip below where Jon's son has written a book about his father with Jeff Apter who I have met before when I bought Jeff's book about the 'Bee Gees' - 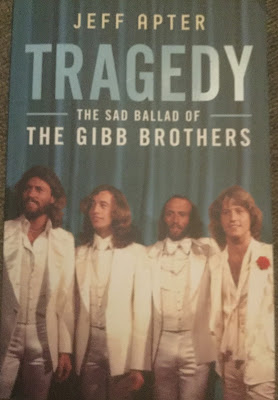 I am the Walrus/We All Long for Yellow Berberine?
Jeff's churning out more books than Nick Redfern it seems at the moment:-)
I never got to see Jon perform live, but I grew up watching him on TV shows like 'Countdown' and 'Blankety-Blanks' so he was a familiar personality to me.
Two of my favourite songs that Jon would sing were
'Hollywood 7' and 'Turn the Page'.I'm sure that Jon's no ghost hanging around old theatre's like
Her Majesty's, but it's a sobering thought as a living being pondering over a once living being like Jon pondering over a ghost that he thought he saw from the stage.
All the world is a stage, as some dead bloke once was said to have said when he was alive:-)

I just wonder what draws people to ghost stories and tours?
Is it just to ponder the history of the place and the not so pleasant deaths that are said to have taken place there, or do people think that they are going to see a ghost on the tour?
Or is it a way of pondering our own mortality, even if only fleetingly, before the "reality" of life kicks back into gear?
But even skeptics get their facts wrong, because there is no facade of Her Majesty's left with an information centre in it like was said in the podcast.
That's the old Regent Theatre that was demolished, except for the entrance - 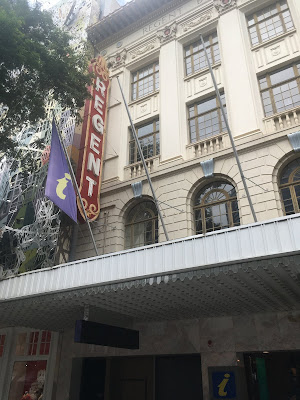 Once Upon a Time ... in the Regent Theatre? 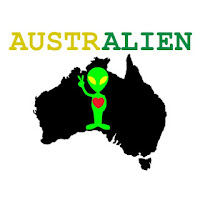