New Thinking Allowed: The Reality and Significance of Magick? 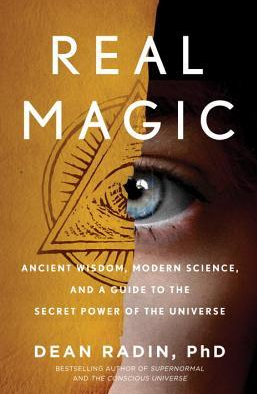 "Dean Radin, PhD, is chief scientist at the Institute of Noetic Science in Novato, California.
He is author of The Conscious Universe, Entangled Minds, Supernormal, and Real Magic.
Here he describes a series of personal synchronicities that both troubled him and led him toward a greater appreciation of esoteric forms of magick.
He describes the many parallels between the traditions of psychical research and parapsychology and those of magick and the western esoteric tradition.
The magical worldview, or philosophical idealism, also offers the possibility of better explaining the empirical findings of parapsychology.
He also sees parallels between magickal rituals and parapsychological experiments." 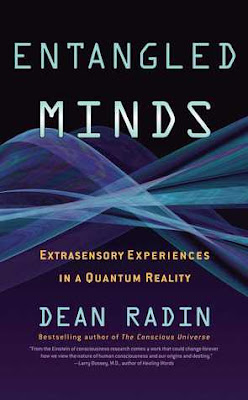 I'm actually reading Dean's 'Entangled Minds' at the moment ... along with about six other books.
Multi-tasking will be the death of me, I think.
I think that the "book angels" are trying to kill me with a slow avalanche of paperbacks and newspapers.
If they don't stop throwing books my way I'll be calling them
"book demons" soon instead;-)
Posted by Brizdaz (Darren) at 12/11/2018 10:04:00 PM