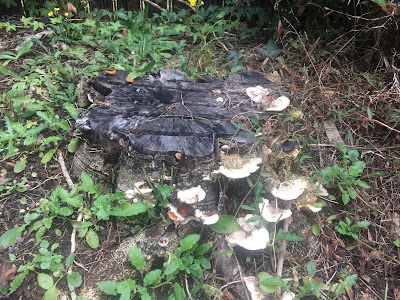 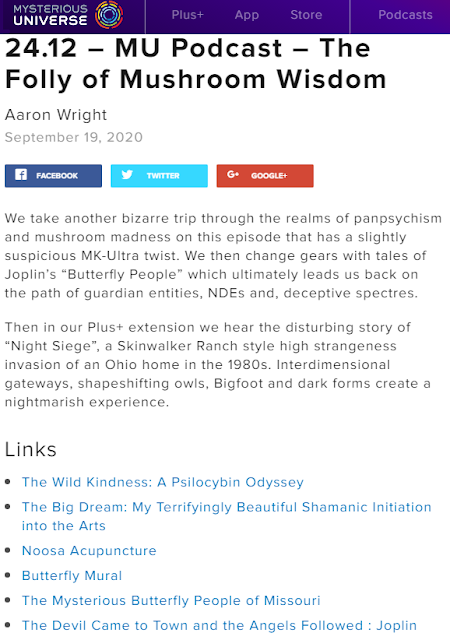 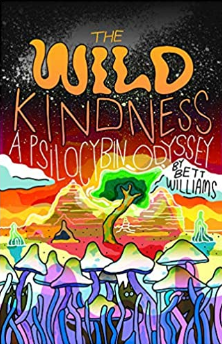 I saw that that latest 'Mysterious Universe' podcast episode was titled 'The Folly of Mushroom Wisdom' and I was going to give it a miss, but I went outside to hang out my washing and noticed that a heap of fungi has mysteriously sprung up overnight from the heavy rainfall we had last night here in my suburb (which is named after a plant).
So I thought maybe it's a sign for me to give the podcast a listen to.
Which I did.
It was only the first part of the free part of the podcast (I'm not a paid subscriber) that interested me, which was about a book titled 'The Wild Kindness: A Psilocybin Odyssey' which was endorsed by Erik Davis for some mysterious reason. 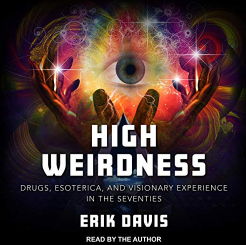 I still haven't done psychedelic drugs in my life yet, although I would like to give it ago a some future point.
Still, Bett's story sounds like a precautionary tale (not that I've read, or intend to read her book at this stage in my life) about how you should take mushrooms with a grain of salt:-)
I might just stick to my bedroom for guidance, rather than mushrooms right now;-)
Not that I've recalled much from my dreams up to this point in my life, but I'm working on it.
Or should I say sleeping on it?-)
Snakes and Ladders and the Mysterious Universe of DNA?
Sky Ladder: Discover an Artist Reaching for the Sky ... and Falling Back to Earth? 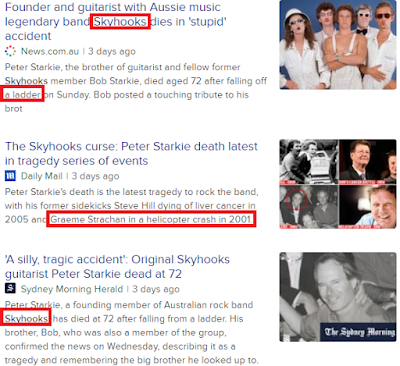 Founder and guitarist with Aussie music legendary band Skyhooks dies in ‘stupid’ accident?
Posted by Brizdaz (Darren) at 9/19/2020 10:56:00 AM