I was wondering what the tattoo on Charlie's calf was.
When Charlie has been close enough to me for me to get a close look at it, he never stands still long enough for me to work out just what the picture is.
Not that I would have worked it out anyway, since I haven't watched much NFL over the last few years, except for the Superbowls.
I go for the Seattle Seahawks anyway, but I'm not as keen as Charlie is when it comes to the NFL. 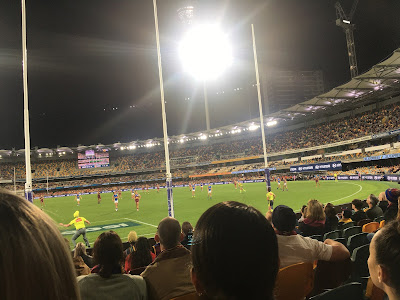 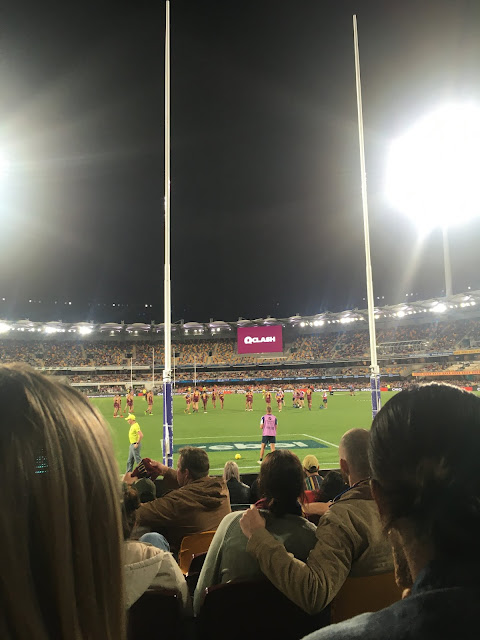 It's actually worth sitting behind the goalposts when Charlie and the boys are snapping some great goals I think. 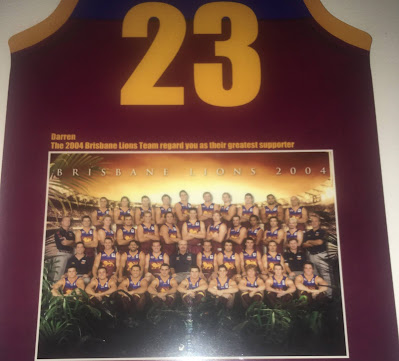 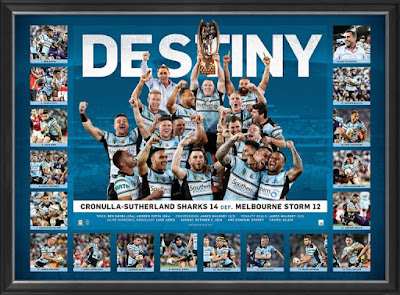 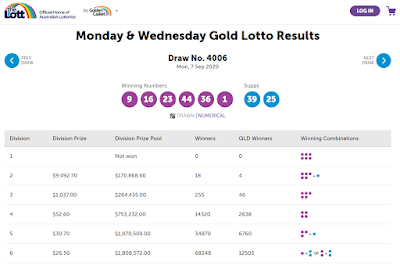 And on the subject of birthdays, I only found out while writing this post that Charlie and my youngest son were born on the exact same day:-)
AFL Screen Memories?-)
So it's weird thinking that Charlie and my son could have played in the same Auskick team, or against each other in their own age group.
A Company NOT Owned by Indigenous Australians, WAM Clothing, Has Exclusive Rights to Use the Flag on Clothing? 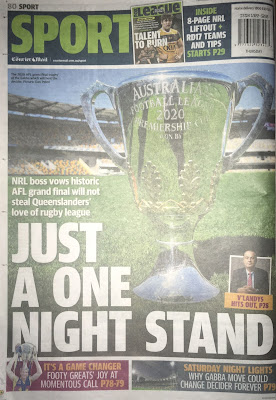 And it's bizarre to think back to that night in 2002 when my little boy came off the Gabba playing field from playing an Auskick match the same night that the Lions were playing St Kilda, only to be allowed to hold the 2001 grand final trophy that the Brisbane Lions had won for the first time, and to know this year that same field he played on will host the 2020 AFL Grand Final, because of the MCG not being suitable for crowds because of the corona-virus. 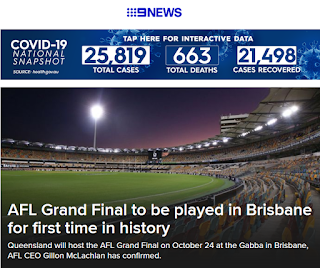 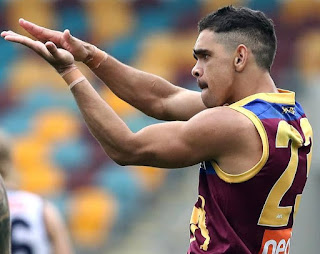