Happy 15th Anniversary to 'Our Gods Wear Spandex' ... But Can the World Hold Together Until the 20th?😇😈

Reading the latest 'The Secret Sun' blog post about the 15th year anniversary of Chris' book ... and old blog ... the new one/same old blog is behind a paywall now (which I don't pay to peak behind [and they say that America is the land of the free?]) ... I couldn't help thinking how I would like to see how his post holds up in 5 years' time ... or doesn't.
I no longer have Chris' book which I have given away along with a bunch of books I used to own to a book exchange I wrote about a while back.
Not because I didn't think it was a good read (which it was), but because I thought along with the other books that I gave away at the time, that it was better to give the books away, rather than for them to sit on my bookshelf until I left this mortal coil and my sons (who don't share my views about life ... and beyond ... yet) threw them into landfill.
Our Gods Wear LYcRA?-)
I think Chris will be wrong about his prediction about 'Avatar 2' in that winey old man post of his.
As I saw the original 3-D version of the first movie at the cinema a few months back and they showed a section of the second upcoming movie, and the 3-D effects are even more spectacular, which of course by now they should be -
Avatar Too?🌊🚱 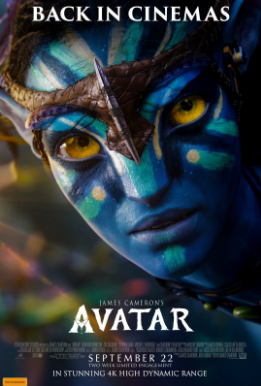 Chris sounds like Chicken Little lately to me when I read the posts he puts up outside of his paywall, but his mention of Carla Gugino having a birthday on August 29th, the same day as his beloved Liz Fraser, which happens to be the day before Mary Shelley's birthday of August 30th made me wonder what movies and TV shows Carla had been in lately, which got me binge watching 'Midnight Mass' on Netflix, but finding out she only has a voice cameo as the judge in episode 1, and who sentences Riley Flynn to jail.
Mary Wollstonecraft Shelley and Herstory?📖'Midnight Mass' is a pretty good series, but not without storyline faults I think in this rather Gnostic spin on the old 'Dracula' myth -
Dracula, Love Remembered... and 30 Years?🧛💌
I guess being a Liberal Catholic myself I probably found this show more of a sentimental journey remembering the good times of sharing communion on Sundays and various other religious holidays rather than being part of some dogmatic cult, which 'Midnight Mass' seems to portray to my eyes ... but hey, it's a dark tale told fairly well for an entertaining and thought-provoking fictional Netflix series, I think.
I couldn't help thinking that the young priest in the show reminded me of Nick Cave for some reason:-)
Nick Cave's birthday is the day before mine, even though he is older than me by bit less than a decade.
At least reading Chris' latest post not only gave me a laugh with his future Hollywood blockbuster predictions, but he also led me to watching a very original TV series, which I thoroughly enjoyed.
It gives me hope for the future of the entertainment industry and cinema ... unlike Chris, who seems to have lost his belief along the way;-) 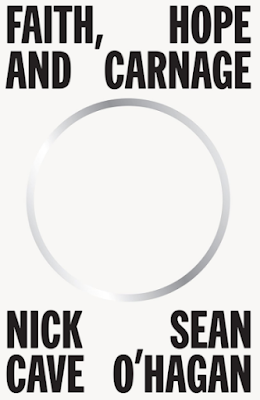