To be honest, fictional novels about outback serial killers is not something that I am into.

Although having mistakenly heard that Stephen had written the novel Animal Kingdom,
which in my opinion was made into a pretty good film, I thought I was in for a pretty good read with Babylon. 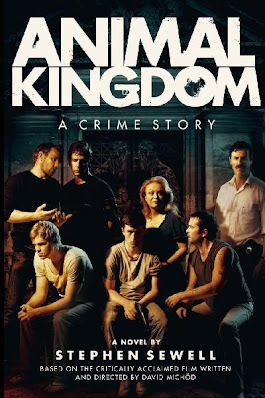 Well, let's just clear up a few things, before I go on.
Stephen took the screenplay of the film Animal Kingdom and turned it into a novel, so he didn't really come up with the story is my understanding.
Stephen Sewell's Babylon
Although, now having read Babylon, which is written by Stephen, I think it could be made into a pretty good movie, especially if he gets to direct it, as the rumours going around are saying.
Although I haven't heard much about this project since last August.
Sewell to bring his Babylon to the big screen 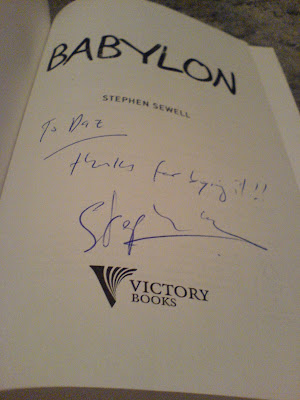 I picked up a copy of his book after hearing him on a panel discussion, which you should still be able to hear at this link -
Digital Big Bang: expanding horizons for the work of writers
I wrote about Stephen this afternoon on this post here-
More Down-under (Tasmanian) Syncs
But here are a few more 'coincidences' which are quite amusing.
Stephen Sewell was born on the 13 March, so he would have celebrated his birthday this year on the same day as Pope Francis took over the reins of what some critics would call Babylon.
Stephen John Sewell
(born 13 March 1953 in Liverpool, New South Wales)
SLIGHT SPOILER ALERT:
There is a Father Frank that the serial killer comes face to face with in the novel.
Also check this line from the novel out -
"And what you don't understand is that nowhere is safe.

At any moment an asteroid could come careening out of the universe and knock us sideways..."
Don't forget that this novel was published in 2011, so it's not like Sewell saw it coming.
" Fascinated by the social world, his work ranges across many fields of study, from economics and politics to philosophy and psychology, and while he is considered a writer obsessed with dark themes, he is not himself a pessimist, saying,
"No artist, no creator, ever sets forth without hope, even if the thing they create appears to be carved out of pitch black despair." "
Stephen Sewell (writer)
If you have been following this blog you might remember this post -
Manning and Malthouse and The Dead End (Drive-in)
Stephen Sewell wrote a play called It Just Stopped 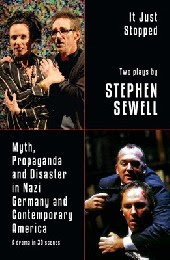 which premiered at the Malthouse Theatre in Melbourne, and the refurbished Belvoir St Theatre in Sydney in 2006.
One of Stephen's plays even starred Hugo Weaving
The Blind Giant is Dancing

Babylon is a good psychologically probing novel into the motivations that make us human, and sometimes not so human.
It can be a dark ride and the language is a bit explicit at times, so be warned, this is no bedtime story, but it will make you think about life a little harder maybe?
Although not really my cup of tea when it comes to books.
The Story of my Book: Stephen Sewell on Babylon

If you do happen to read a copy of Babylon  bear this movie in mind,
because the climax of the novel Babylon takes place in a very similar place as this saloon.
Fredric March and March Syncs
Posted by Brizdaz (Darren) at 3/24/2013 11:04:00 PM