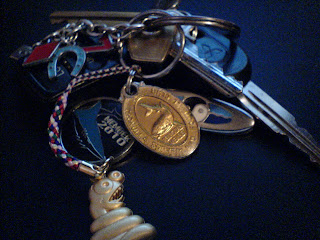 I had included a shot of my keys with my Cronulla Shark membership badges and The Year of the Snake key-ring I had bought this year at the local temple in this post I had written this morning -
A Day in the Life of a Sharks Supporter;-)
and then later today I see this story on the news about a man dying from a snake bite -

" A man who had to be rescued from floodwaters after being bitten by a snake on the New South Wales mid-north coast has died.
It took emergency services about three hours to reach the man after he was bitten on the hand by a venomous what is believed to be a stephen's banded snake at a rural property, south west of Bellingen earlier this month.
Flooding, torrential rain and the remote location hampered the rescue effort.
The 60-year-old Kalang man did not reach hospital until seven hours after he was bitten.
He was unconscious at times, and in a critical condition when he received anti-venom treatment. 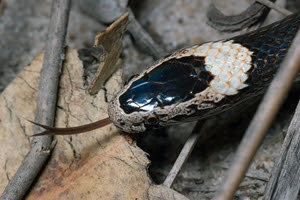 The man was transferred to Newcastle's John Hunter Hospital where died at the weekend.
Park ranger Anton Ingarfield says the type of snake involved is a threatened species that is found between the Gold Coast and Newcastle.
"It's usually unlikely for people to come into contact with them," he said.
"It may be because of the flood situation, they tend to move a bit away from their normal haunts, and might come in contact with people.
"But most of the time these snakes don't come into contact with people,
it's a bit of an unusual case. "
Snake bite kills man after NSW floods
The bizarre part is that the snake is blue, black and white coloured,
which is the colours of my football team. 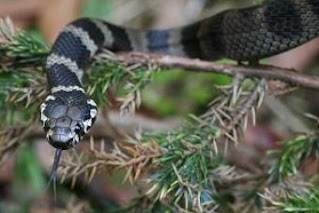 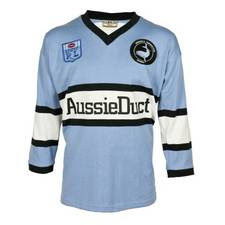 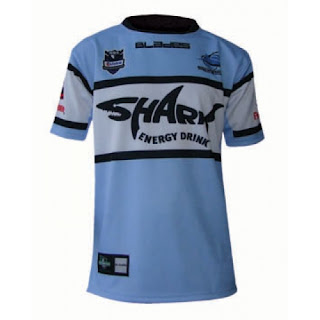 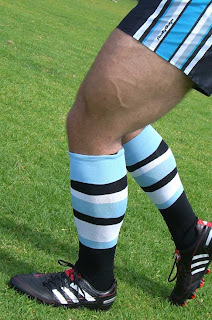 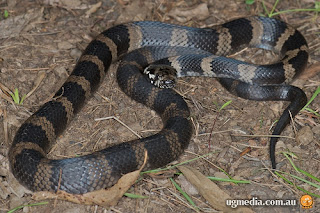 I  have never even heard of these snakes before, not to mention someone being killed by one.
My sympathies to the family of the man who died in this freak attack, but I can't believe how bizarre this synchronicity is.
Stephens' Banded Snake - profile 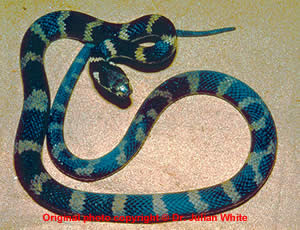