The Devil is in the Details? 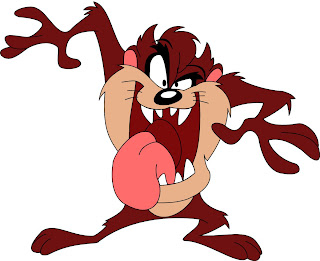 I was surprised yesterday by the number of news stories and pop-cultural puzzle pieces that seemed to slot together in rather weird synchromystic ways.
" Police in Tasmania have won permission to feed about $3,000 of expensive meat cuts stolen from supermarkets to a group of Tasmanian devils in captivity.
The haul, which includes scotch fillet steak and legs of pork, is being provided to the Bonorong Wildlife sanctuary and other devil havens to feed about 100 of the endangered animals. "
Tasmanian devils to feed on top-grade stolen meat 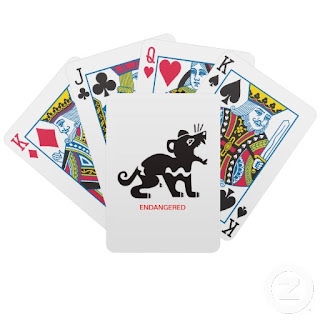 " Witnesses who saw two tornadoes that tore through communities in north-eastern Victoria say it was like a bomb went off.
At least 20 people were taken to hospital, two in a critical condition, after the tornadoes touched down in a line stretching from Cobram to Rutherglen just after 7:00pm (AEDT) yesterday.
Authorities say it will take days to clean up the damage "

Witnesses say tornado was like bomb going off
" The ABC's Lateline program this week broadcast footage of staff at an Inghams plant at Tahmoor, south-west of Sydney, bashing and kicking live turkeys. "
Turkey plant workers sacked over mistreatment 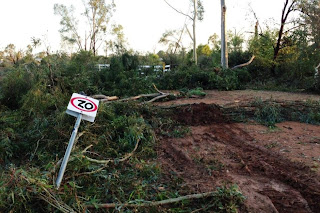 " Daredevil freestyle motocross rider Tyrone Gilks has died after misjudging a jump during a practice session in the the Hunter Valley, north of Sydney. "
Daredevil rider dies in record attempt practice

" A Labor member in Tasmania's Upper House has distanced the State Government from a Minister's push to change the date of Australia Day.
Aboriginal Affairs Minister Cassy O'Connor has written to the Prime Minister asking for the date to be changed because of sensitivities in Tasmania's Aboriginal Community."
Cool response on a new date for Australia Day

"Tasmania will aim to grind Queensland's attack out of the Sheffield Shield final after a first day go-slow produced less than two runs an over at Bellerive on Friday."
Tigers make cautious start in Shield final
" Sydney-based artist Del Kathryn Barton has won the 2013 Archibald prize for her portrait of actor Hugo Weaving.
Ms Barton beat 38 other finalists to win the prestigious $75,000 annual portrait prize.
The textured portrait depicts Weaving holding a wild cat that Barton says demonstrates facets of the actor's personality.
Ms Barton says the cat came up during a conversation about what is close to Weavings' heart.
"When he was talking about animals that he might potentially identify with there was the idea of the wildcat or the leopard or the wolf," she said.
"So in the end it was a kind of generic wildcat to represent other facets of his personality.""
Hugo weaves its magic with Archibald prize judges 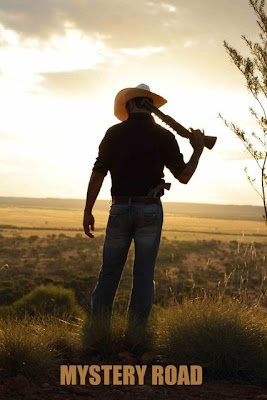 " An indigenous detective returns to the Outback to investigate the murder of a young girl".
Mystery Road Prelude Before Cloud Atlas Sextet
Tasma also played April Freeman in a movie called "Dreamland".
" Dan Freeman an obsessive UFO Hunter roams the Nevada desert around AREA 51 searching the skies for contact, but alone in the desert he awakens to a deeper mystery."
Dreamland - Trailer
That movie was also written and directed by Ivan Sen
who is also directing 'Mystery Road', which he also wrote.