Weird Utah Syncs in the news lately.
" A 22-year-old thrill seeker has been killed while swinging from an infamous rock arch in the US after he miscalculated his length of rope and swung into the ground.
Kyle Lee Stocking died yesterday afternoon as he attempted to swing from the 40m-high red sandstone Corona Arch, near Moab, Utah.
He and five friends had hiked to the arch to take part in the extreme sport made popular by viral videos.
Rescuers said Stocking died at the scene.
Thrill seeker killed in rock arch rope swing
"Pendulum" swinging is a relatively new form of recreation in Utah's canyon lands, which see plenty of injuries and deaths from rock climbing and BASE jumping, which involves leaping from a fixed object with a parachute. On March 13, another man, Zachery Taylor, was killed rappelling at Tear Drop Arch in Utah's Monument Valley." 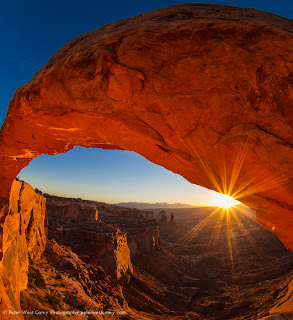 " "People aren't accepting nature for what it is.
They have to put an element of excitement into it," said Weisheit, a longtime rafting guide. "People see it on YouTube and then say, 'That looks like fun.'""

" The hunt for a stolen dinosaur in Canberra is over, and it seems the statue theft was nothing more than a birthday prank that went too far.
After digging around for clues for days, ACT police acted on a tip-off and found the missing 1.6 metre Utahraptor in the sunroom of a home in north Canberra on Monday.
The fibreglass statue is valued at $2,400 and was
stolen from outside the National Dinosaur Museum at Gold Creek
on Thursday night.
The dinosaur seems to have lost its tail after being plucked from its home, but is otherwise undamaged. "
Stolen dinosaur discovered in Canberra sunroom
" PRICE — A national contest to decide which high school has the best mascot is bringing together two communities with a shared heritage.
Students, faculty and boosters of the Carbon High Dinos have been voting feverishly for the past three weeks in an effort to win the
USA TODAY High School Sports Most Unique Mascot Contest.
"I know I've had stretches where I've voted for six to eight hours at a time," Carbon High senior George Deeter III said. "We've made jokes about me having to get carpal tunnel surgery after this."
The Dinos eked out a win in the state round, downing their nearest competitor — the Davis Darts — for the top spot by a mere 5,094 online votes. Then they tallied 1.7 million votes to beat nine teams from the western U.S. in the regional round, topping the second-place Oregon Episcopal Aardvarks by almost 176,000 votes. "
High school mascot contest draws two communities together 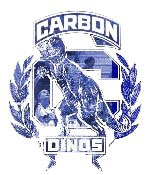 " SALT LAKE CITY — Led by Utah Sen. Orrin Hatch, 72 senators and representatives formally asked the U.S. Fish and Wildlife Service Monday to de-list the gray wolf from the Endangered Species Act."
Hatch leads effort to strip gray wolves of endangered status
" TAYLORSVILLE — There was a lot of smoke but not a lot of fire was in the air at a condominium complex here Monday.
Smoke was reported at the Mt. View Condominiums, 4515 S. 1175 West, just before 9 a.m.
The first arriving fire crews saw smoke coming from one of units and immediately called for a second alarm as a precaution, said Unified Fire Authority Capt. Clint Mecham.
But firefighters found just a small fire in a wall, quickly put the blaze out and canceled the second alarm."
Small fire breaks out in Taylorsville condominium
On March 13, another man, Zachery Taylor, was killed rappelling at Tear Drop Arch in Utah's Monument Valley. 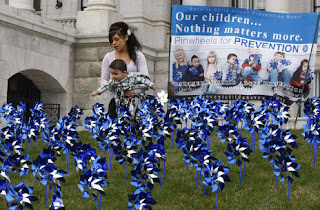 "TAYLORSVILLE — A Pinwheel Garden will be created on the south side of Taylorsville City Hall in honor of Child Abuse Prevention month on Saturday, April 6.
The Pinwheel Garden, made up of 526 pinwheels, will be on display for the month of April at the facility, 2600 W. Taylorsville Blvd. (5325 South). A brief ceremony by the Taylorsville Exchange Club and Prevent Child Abuse Utah will be held at 10 a.m., and then the public will be invited to participate by placing pinwheels.
“Pinwheels reflect the bright future all children deserve,” said Taylorsville Exchange Club board member Renee Sorensen. “The pinwheel is a positive emblem of the effect we can have when we work together to prevent child abuse.”
Taylorsville also will be flying a Blue Ribbon Flag for the month of April. The flag has the words “Prevent Child Abuse,” as the blue ribbon has been a symbol of the prevention of child abuse. "