The Iceman Cometh in March Sync

"A man in his 40s was critically injured when a tree fell on him as severe thunderstorms lashed south-east Queensland last night.
Emergency crews worked through the evening after the storm brought down trees and cut power to 50,000 homes.
Emergency Management Queensland (EMQ) says a man was running at St Lucia in Brisbane's inner west when he was struck by a tree.
He was taken to Princess Alexandra Hospital with head injuries.
Another man also injured at St Lucia was taken to Royal Brisbane Hospital in a serious but stable condition."
Man critically injured as storms lash SE Qld
"Gusts of wind were recorded as high as 90 kilometres per hour.
Ipswich councillor Paul Tully says the storms were furious and the full extent of damage will not be realised until later today.
"There were very intense winds, hail and very heavy rain," he said.
"There was hail hitting cars outside the shopping centre and most people were caught unawares because it moved in from the west very, very quickly.""
http://www.abc.net.au/news/2013-03-24/man-critically-injured-as-storms-lash-south-east-qld/4591528 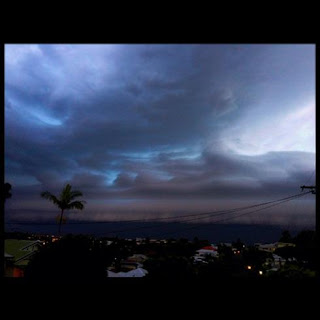 My house was one of the 50,000 homes that lost power out of about 1,000,000 in the area.
Two people from St.Lucia
St Lucia, Queensland
were injured in the storm that hit Brisbane,
" a man was running at St Lucia in Brisbane's inner west when he was struck by a tree...
Another man also injured at St Lucia was taken to Royal Brisbane Hospital in a serious but stable condition."
Lucia means light, oddly enough.
" Saint Lucia enjoys a high degree of popularity in Scandinavian countries, where her feast day is celebrated every December 13th.
Her connection to light is considered particularly important in these northern countries that receive so little sunlight in the winter months."
Origin and Meaning of the Name Lucia
" Saint Lucy was working to help Christians hiding in the catacombs during the terror under the Roman Emperor Diocletian, and in order to bring with her as many supplies as possible, she needed to have both hands free.
She solved this problem by attaching candles to a wreath on her head. "
Saint Lucy's Day 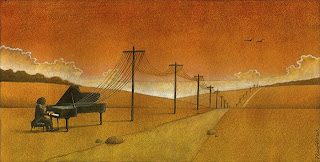 I've written about the band Evermore a few times on this blog before, too.
Something in the Air About Emily?
Sailing The Indian Ocean For Signs?
" Imagine the sun setting over the Brisbane River, thousands of runners and walkers enjoying a March evening ... pounding the pavement, putting their bodies to the test.
Grimaces, smiles and a few frowns are some of the expressions temporarily occupying the faces of participants ... finally as the sun sets, expressions change as men, women and children of all ages beam coming across the finishing line. "
http://www.intrainingevents.com.au/default.asp?contentID=21

UPDATE ON ABOVE STORY 12 April 2013
"The triathlon community has paid tribute to a strong competitor and "wonderful person" killed by a falling tree branch during a fun run.
Canadians Joe and Laura Kelly were nearing the end of a two-year stint in Australia when Joe was hit by a large branch which fell in high winds during a St Lucia fun run on March 24.
Mr Kelly, 58, an avid triathlete and distance runner, was competing in the Brisbane Twilight Running Festival when a storm hit, bringing torrential rain and strong wind gusts.
He survived for five days before succumbing to head injuries on Friday.
The Canadian couple moved to Australia in 2010 for work, but were nearing the end of their travels and planned to spend their last three months touring the country before returning to Canada to retire."

Hmm ... very funny, big fella;-)
Speaking of Twilight in recent news Twilight's
Ashley Greene lost a pet dog in a fire started by a candle in her West Hollywood apartment.
Ashley Greene’s dog dies in fire that destroys 'Twilight' star's West Hollywood condo
" Firefighters then attempted to get back into the burning apartment to rescue the star's two fox terrier dogs Marlo and Theo.
One of them was found dead under a bed while a second was treated for injuries sustained."
Theodore Hickman "Hickey" is the name of the Lee Marvin character in The Iceman Cometh.
" The seven-story Granville Tower, where Greene had been renting her apartment, had been built in 1929 and had previously been home to movie stars Mickey Rourke and Rock Hudson "
Barfly Goes To Hollywood 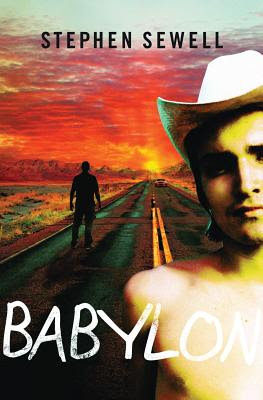 Stephen Sewell author of Babylon, who I wrote about in the last post Babylon grew up in Granville, Sydney.