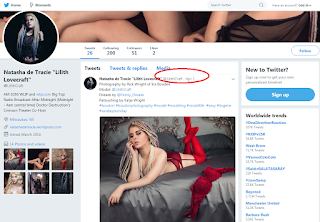 I wrote in my last post that name Tash is short for Natasha, so you might want to look up just what the name Natasha means, as I have a few more "Natasha"s to write about -

Tash Sultana: The JUNGle and the Fool's Journey?
and you might want to listen to the lyrics of Tash Sultana's song in the You Tube below. 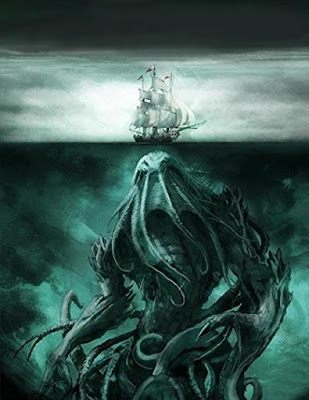 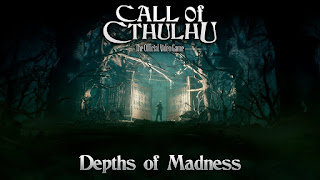 On April 11th I wrote a post titled -
Downside Up: The Golden Bough and Fraser/Frazer? 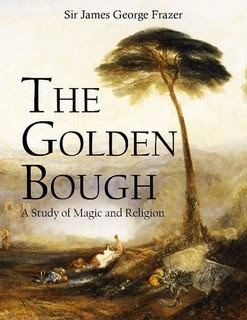 because I had read Lovecraft's short story 'The Call of Cthulhu' for the first time in my life and Lovecraft mentions George Frazer's
'The Golden Bough' in that story and the name Frazer/Fraser reminded me of the Elizabeth Fraser thread running
at 'The Secret Sun' blog.

In 'The Call of Cthulhu' on April 12th a boat called the 'Alert' is found adrift in the coordinates given by Lovecraft of S. Latitude 34'21, W Longitude 152'17 and when I put those coordinates into Bing search I got the above location where the 'Alert' was found in the story on April 12th. 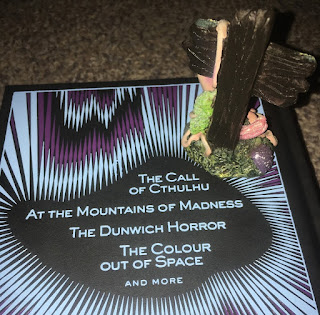 When I was writing the 'Downside Up..' post I was also listening to Tash Sultana's songs 'Jungle' and 'Notion' and already had plans to write up the post about Tash playing Bluesfest on April 1st, 2018.

It was then that I did a search with words like
"Lovecraft+Natasha Sultana+April 1st" and got web pages about a young lady named Natasha and who also went under the name"Lilith Lovecraft".
"Natasha de Tracie is an actress, radio hostess, horror hostess, and freelance model.
She began modeling in 2014 for Alice and the Pirates (Baby the Stars Shine Bright) doing runway shows.
Since 2016 she has been pursuing modeling more intensely. 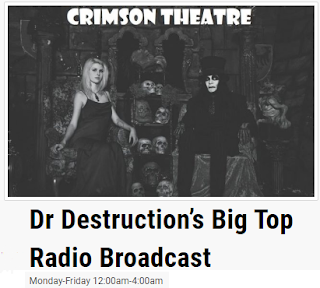 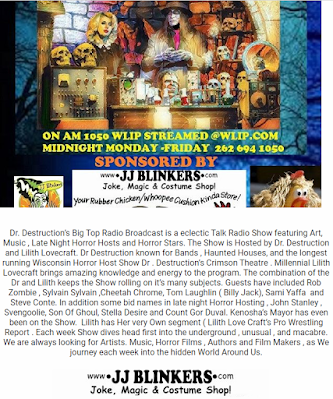 Natasha's TV show is even sponsored by a magic/joke shop, just to keep with the April Fools' Day theme running through my Bluesfest posts.
Bluesfest Easter Sunday 2018: A Fool's Journey with Something to Crow About?

But it was the April 1st picture on Natasha's Twitter feed that caught my attention ... and in more ways than one, too;-) 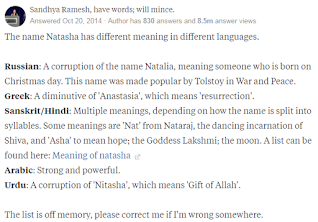 Natasha is Russian for Natalie

When I was writing up my post -
Downside Up: The Golden Bough and Fraser/Frazer?
on the 11th of April, I had a bad feeling that something was going to happen on the 12th of April in, or around the waters Lovecraft gave the coordinates for the ship being found on April 12th in
'The Call of Cthulhu', and sure enough something did. 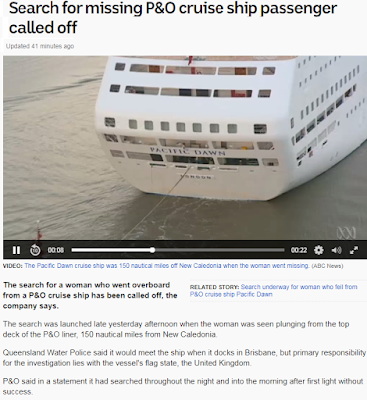 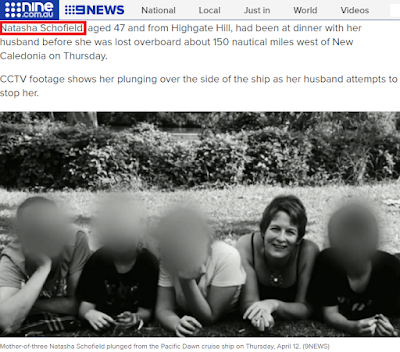 But that's not all, because the lady who fell off the ship lived one suburb away from the bookstore from which I bought
Lovecraft's book. 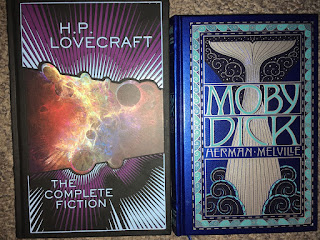 I bought those two books above from the 'Avid Reader' bookstore the night I went to Dave Graney's book-talk at the store, which I wrote about in this post -
The (Love) Shack?
Probably just all coincidence, right?
But I can't help thinking that everything in life really is bizarrely connected in ways that we will never understand from down here while on this mortal coil.
Posted by Brizdaz (Darren) at 4/16/2018 07:17:00 AM