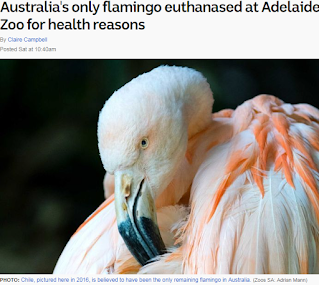 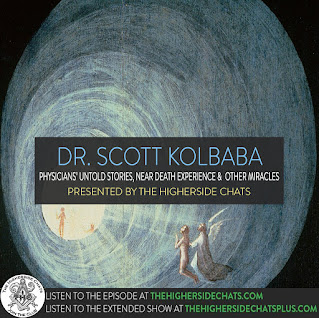 I was listening to a podcast earlier in the week at the THC site where Greg Carlwood was talking to Dr. Scott Kolbaba about signs from the dead and Greg used the example of a pink flamingo appearing in someone's life from someone who was into pink flamingos when they were alive.
A Higherside Chat with Dr. Scott Kolbaba: Physicians’ Untold Stories, Near Death Experience & Other Miracles

I thought that example was way too left field for someone like me living in Australia, as we don't have pink flamingos in this country ... or so I thought until I saw this news story on a national Australian news site a few days later - 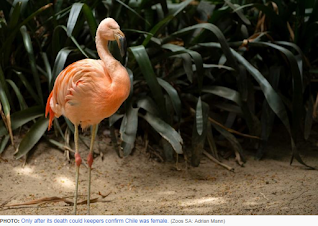 Australia's only flamingo euthanased at Adelaide Zoo for health reasons
"Adelaide Zoo's remaining flamingo — believed to be the oldest in captivity and the only one left in Australia — has died, with zookeepers only now confirming that the much loved creature was female.
Chile the Chilean flamingo was euthanased at the zoo on Friday night after its health deteriorated to the point that "no additional medication could have improved her life", Zoos SA said." 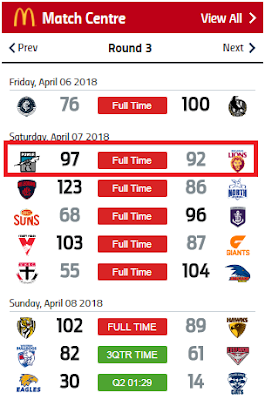 I had never been to Adelaide in my life, but at the beginning of this year I had planned to do a road-trip to Adelaide by traveling the Great Ocean Road and seeing the my AFL team the Brisbane Lions play a game at the Adelaide Oval -
Three Signs and a GOODYEAR blimp?

The only game the Lions are playing at the Adelaide Oval this year was yesterday, so if I had of gone through with my plans for my road-trip I would have been in Adelaide on Friday when the flamingo was put down.

The thing was that I originally wanted to see a Lions/Crows game in Adelaide, not a Lions/Port Adelaide game, but I found out there was going to be no Crows/Lions game in Adelaide this year.
I'm not into the Adelaide Crows, but I do see the crow as my totem animal and felt guided by crows on my trips around Australia in 2016, like I wrote in this post -
On the Road with Corvids

So my plans all centred around being in Adelaide for the Power/Lions game, which was yesterday.
I had it all planned out on paper, but I had a bad feeling about this trip, so just before I booked my motels and bought tickets to the game I decided I wasn't going to go, as the timing seemed all wrong, as much as I wanted to go.
I've been kicking myself for not going, but on a gut feeling level I feel I did the right thing by not going.
I guess I'll never know now if it was the right choice. 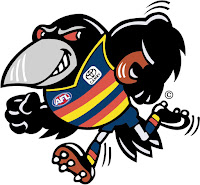 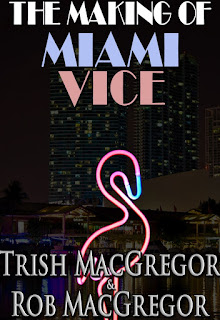 But when I heard Greg mention the pink flamingos as signs in his podcast all I could think about was my synchronicity pals in Florida and the cover of a book I once bought on Kindle of their's , which I haven't finished reading. 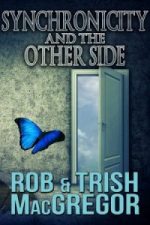 But when I saw this pink flamingo (the only living flamingo in Australia) had to be put down in Adelaide of all places on the day I would have probably arrived there had I have followed through with my road trip, I took that as a personal sign that I had made the right choice not going.
April 8th was my father's birthday and also the anniversary of his mother's (my Nan) death and since they are both gone now it's always a bit melancholy for me around this time of year anyway.
Gordon White at the 'Rune Soup' blog just wrote a post titled -
REVEALED BOOKS

About it being the anniversary weekend of when Crowley channeled 'The Book of the Law' in Egypt.
I have read Crowley's book years ago, but didn't really know what to make of it.
And I'm not particularly impressed by what I have read of Crowley the man, but he was an important figure in the history of the world in many ways that aren't plain to see, I think.
But the other red book I have in a bookcase is one that interests me a great deal, but one I have only casually flicked through from time to time, without making a serious effort to read it right through.
Maybe all of these bird signs and talk of the other side this week is a personal nudge to get reading Jung's 'The Red Book' and maybe give Crowley's nasty little book another read and try to work out what it is about ... at least to my understanding of it? 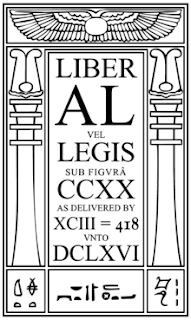 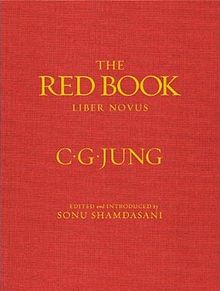 Maybe I should get a copy of J.R.R. Tolkien's books, as well, so I know what Becca Tarnas is talking about when it comes to Jung's and Tolkien's books?
Well, if this weekend and all of it's bird signs do nothing but get me to read 'The Red Book', then by the time I finally do get to the other side of Oz (Australia) at least I will have finally read 'The Red Book', I guess;-)
And maybe even 'The Making of Miami Vice', too?