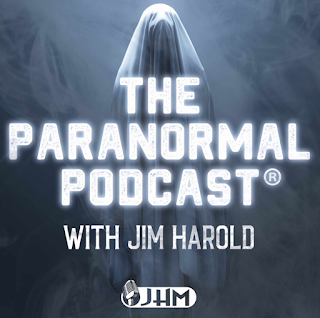 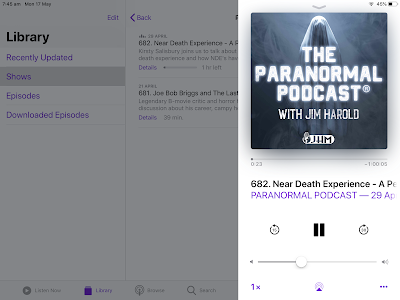 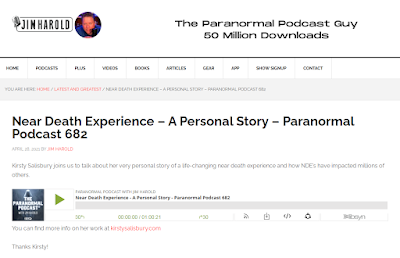 I was laying in bed the other night going through my Apple Podcast subscription list of podcast shows on my iPad for something to listen to before drifting off to sleep, but there was nothing that appealed to me.
Then a thought popped into my head to see what has been on
'The Paranormal Podcast' recently.
At first I thought what a dumb idea that was, as I used to have that show on my subscription list, but I don't like listening to podcast episodes about Cryptids, UFOs and the usual BS stories regurgitated on that show, but every now and then Jim features a gem, usually about NDEs or something more up my alley, and he just happened to have a guest on from my part of the planet named Kirsty Salisbury (who I had not heard of before listening to this podcast) talking about her NDE. 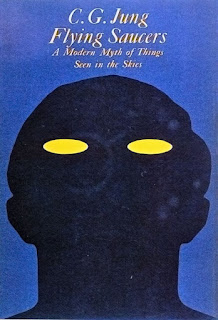 I found out from listening to 'The Paranormal Podcast' that Kirsty hosts her own podcast show called 'Let's Talk About Death' which is also on You Tube, so I added her show to my Apple Podcast list and picked out a few episodes to listen to. 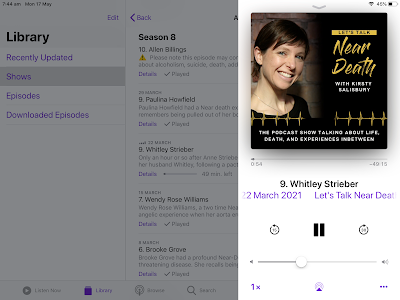 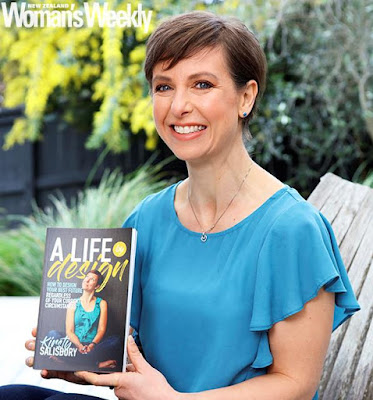 It is sometimes misspelled as Salisbury, or Solisbury, perhaps because of confusion with Salisbury Plain (a plateau in southern England), or the city of Salisbury. Salisbury and Solsbury can be difficult to distinguish in speech; Salisbury is often pronounced "Saulsbury", and sometimes the "a" in "Salisbury" is pronounced as an "o", and the "i" is elided, making the pronunciations of the two words practically identical.
The name 'Solsbury' may be derived from the Celtic god Sulis, a deity worshipped at the thermal spring in nearby Bath.
A geological map by Horace B Woodward in the back of the 1888 Handbook of Bath labels the hill as 'Stilisbury Hill'.
I just thought I would throw that in, as I'm a big fan of
Peter Gabriel's music:-)
I was surprised to find Kirsty had done an interview with
Whitley Strieber, so I had a listen to that episode, but drifted off to sleep before the end of that episode.
I like Whitley, and I'm sure that there is a baby in all of that bathwater he talks so much about, but I find his "true" stories rather muddled and confusing at times.
Whitley Strieber, The Grays, The Afterlife, & Messages From Anne ... and Robin Williams?
Kirsty's story on the other-hand resonates with my own beliefs very strongly.
When I fell asleep the 'Let's Talk About Death' episodes just kept playing automatically one after the other, as they do, and I woke up, or rather the podcast episode featuring Rob Gentile somehow penetrated into my dreaming world and I woke up remembering I had left my iPad going while I was sleeping ... again.
This episode of Rob's (above) resonated with me very much, especially when Rob talked about the suicide of his brother-in-law and how Rob felt his presence at the beginning of Rob's NDE.
I had just listed to a 'Conversations' radio show podcast which featured the wife of a doctor who had committed suicide and the aftermath of that decision for the family he left behind.
I have a lot more of Kirsty's episodes to listen to/watch, but I think that she is on the right path and doing her life's work through the web ... that we are all connected to.
And I don't just mean the WWW, either.
Posted by Brizdaz (Darren) at 5/17/2021 11:33:00 AM