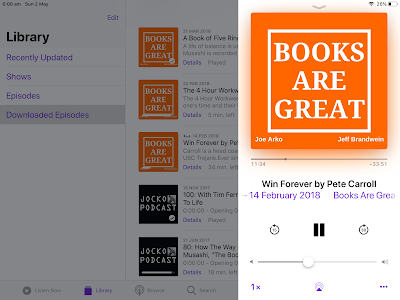 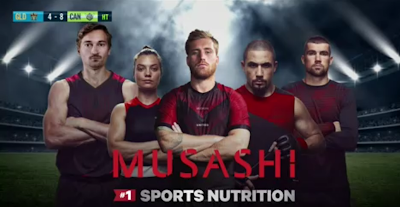 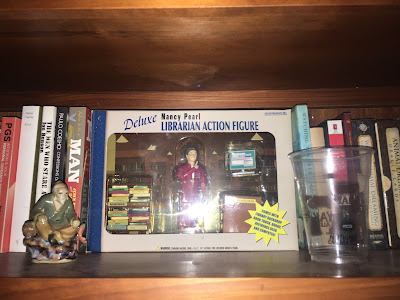 As I have written in previous posts on this blog, I have been on a de-cluttering mission, sorting through my home for what I want to keep around the place and what I feel I no longer need around my home.
My focus has mainly been on all the books I have read sitting in my bookshelf, which has led me to read books that I hadn't read until I started sorting through my bookcase.
One of those books was Nancy Pearl's 'Book Lust' book, which I have since read from cover to cover, but will be keeping for now.
What is Consciousness and Who and What Are U/s?
Other possessions I feel have served their purpose for their time and need to be in someone else's possession I have boxed and shipped out to other distribution outlets around the suburbs.
Even fridge magnets such as the one pictured below that motivated me in some way in my past have got the heave-ho from my home and my head:-)
Minimalising Mental-clutter? 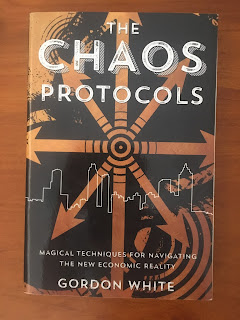 One of the books which didn't make the boxes in time was
'The Chaos Protocols' because I was still reading it when I  made my trip to the book exchange last Wednesday.
It is worth a read, or two, but will be heading off to a secondhand bookstore on my next trip, as Chaos Magick is something I have little faith in, to be honest.
It just seams like a bunch of psychological mind tricks that you play on yourself to help you make it through the night and convince yourself that you are some kind of Harry Potter figure able to manipulate the world around you better than the rest of the muggles or whatever ordinary folk are referred to in those books and movies, which bored me when I would take my kids to the cinema.
But then again, I'm a baby Baby Boomer who grew up watching shows like 'Catweasal' on my black & white TV:-)
So I take Magick with a pinch of salt ... and an eye of newt;-)
I like listening to Gordon's 'Rune Soup' podcast though, not because of his views and magickal advice, but for the interesting guests he chats to.
And in this recent 'Rune Soup' podcast below Gordon and his Danish guest start off the podcast by admitting that they both don't like football.
I on the other-hand love following various football codes from around the world, as well as listening to other podcasts about subjects such as sport and books. 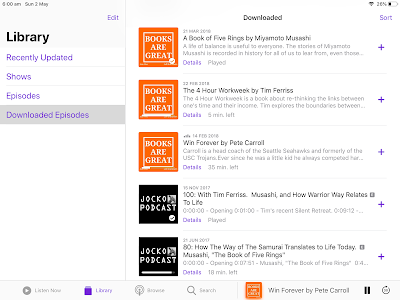 One of the podcasts I stumbled across recently when searching for podcasts about Musashi's 'The Book of Five Rings' was a podcast called 'Books Are Great' which also had a podcast episode devoted to Tim Ferriss' book 'The 4 Hour Work Week' that is also written about in Gordon White's 'The Chaos Protocols' in chapter 8, titled
'How to Wage a Mind War' where Gordon poo-poos the book, and probably rightly so from my memories of reading that book years ago when it first came out.
The 'Books Are Great' boys seemed to like Tim's book more than Gordon and I did by the sounds of it.
I had only listened to that '4 Hour Work Week' podcast episode because I had heard Tim talking about 'The Book of Five Rings' and 'Musashi' on the 'Jocko Podcast' and found what he had to say about the book 'Musashi' interesting.
And it probably saves me ever having to read 'Musashi' for myself now.
And the funny thing was that I noticed that there was a
'Books Are Great' podcast episode released on Valentine's Day the week before, about a book titled 'Win Forever' by Pete Carroll, who once coached my favourite NFL side the Seattle Seahawks.
The Headless/Footy Rite?

Gordon is always raving on about some guy named Peter J. Carroll who he credits for starting Chaos Magick.
And I probably would have written this post last night and had it onto the net, if I hadn't have been at the football watching my Brisbane Lions winning their match against Port Adelaide:-) 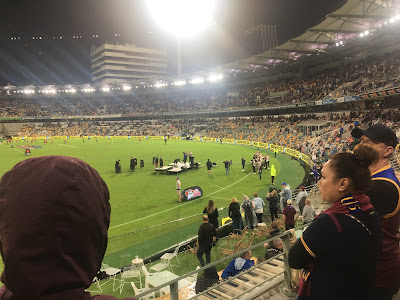 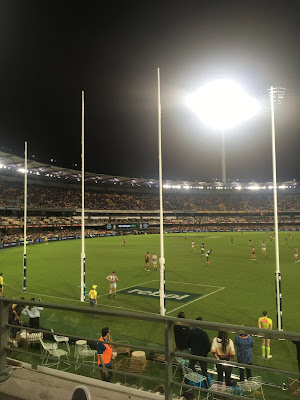 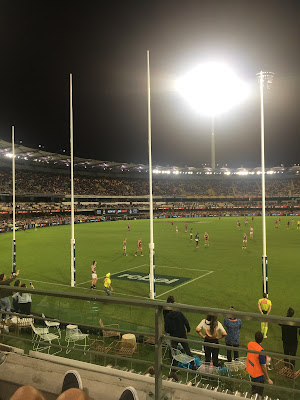 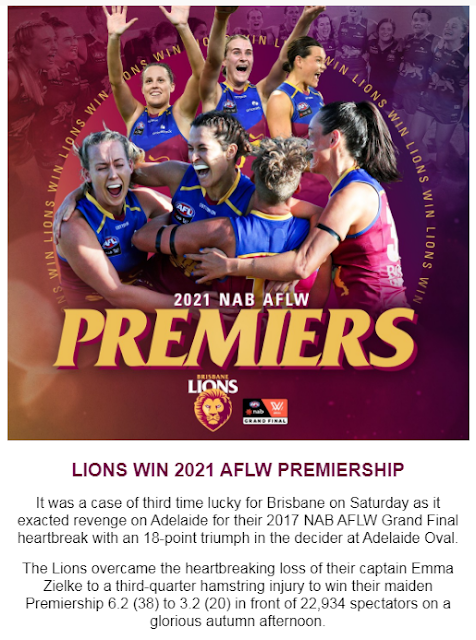 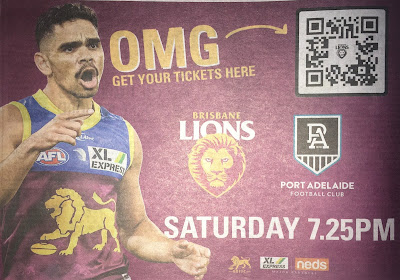