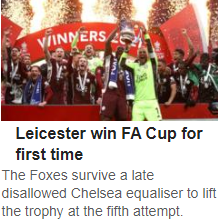 Leicester City wins its first FA Cup trophy, beating Chelsea 1-0 thanks to Youri Tielemans' stunning strike
I went to watch three games of the NRL Magic Round yesterday (only because my Sharkies were playing in the second match on the day) and I spotted a fox-tail hanging off the spider-cam and asked my son, whose bright idea was that?
He said it's the "Flying Fox" camera that FOX Sports uses when they broadcast the game.
And while I have seen "Spider-cams" in action, this was the first time I had seen one in action with a fox-tail attached, racing around in the sky like a greyhound lure that's gone off track:-) 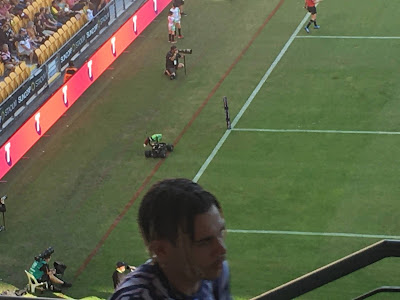 But maybe it was an omen that the Leicester City Foxes were about to cause a big upset that night (Australian time) by knocking off the favourites Chelsea and claim their first FA Cup final victory? 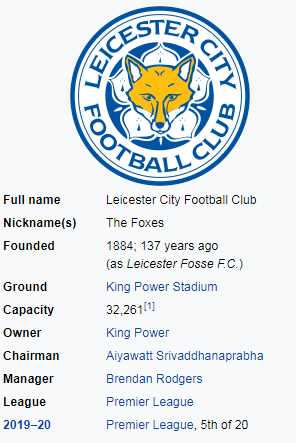 Not that I stayed up to watch it on Australian TV last night. 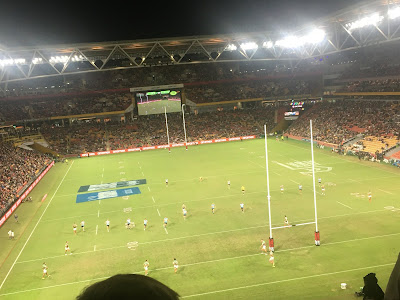 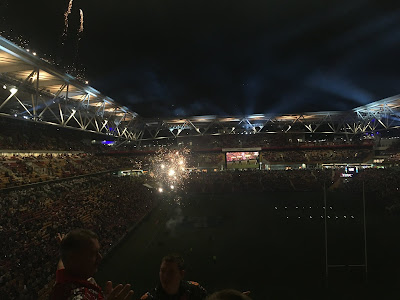 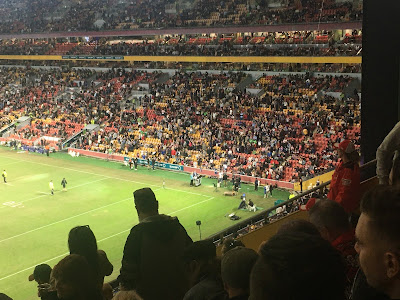 So much for my magic during Saturday's Magic Round games, as I cheered on all three teams for a loss on the day/night.
But as Chelsea fans know all too well when it comes to football, you can't win 'em all:-) 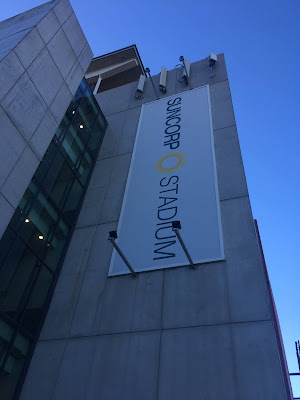 I hate going to Suncorp Stadium (AKA Lang Park), as it is rarely a happy place for me, like The Gabba is -
GAB[B]A: Grounds for Celebration?
UNHINGED: Followed by the White Rabbit