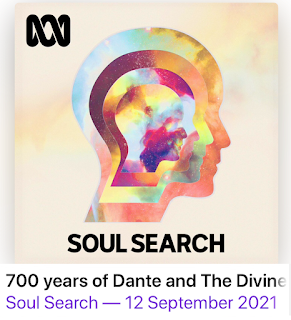 I'm yet to read or listen (I'll probably just listen) to
'The Divine Comedy' even though it has been on my mind since writing this 2016 post when I visited
New Italy in New South Wales, Australia, a place I haven't been able to visit lately because of state border lock-downs -
New Italy: 1881, The Deadman's Hand, Dante and Dad?When I was searching for podcasts about The Divine Comedy I stumbled across a Russell Brand podcast episode featuring
Judd Apatow titled 'Divine Comedy' in which Judd mentions the movie 'The King of Staten Island' and the subject of firemen and 9/11.
I hadn't seen that movie, but noticed it was on the BINGE streaming service, which I had recently cancelled my subscription to, but I had until September 13th until I couldn't watch anymore content unless I renewed my subscription, so I watched the movie last night.
I'm kind of glad that I didn't pay to see that movie at the cinema, but it was OK ... just.
But I couldn't help thinking how synchy it was that the 20th anniversary of 9/11 was just a few days apart from the 700th anniversary of Dante's passing. 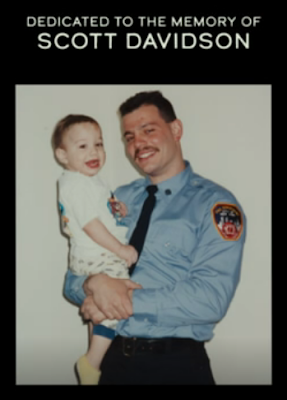 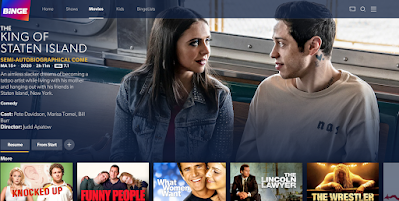 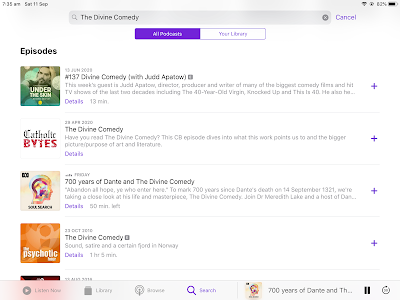 There are quite a few good podcasts about Dante out there in podcast land by the looks, too. 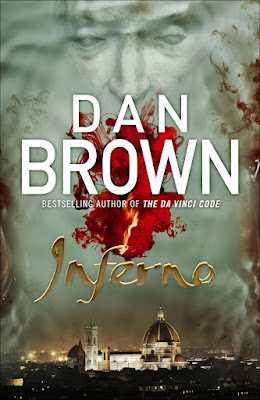