Re-imagining FAHRENHEIT 451 for the 21st Century? 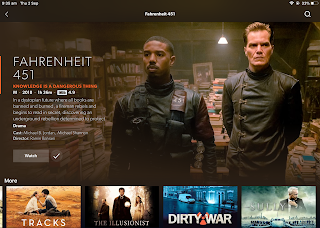 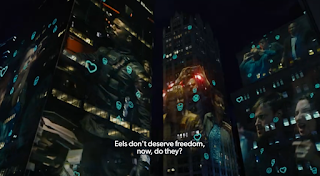 I watched the 2018 HBO version of 'Fahrenheit 451' after listening to a 'Cover to Credits' podcast episode discussing the differences between the book and the new movie version.
I can't say that I agree with all of the podcast host's criticisms though.
I've never read the original book, but I did read a graphic novel years ago, and while I thought the overall story was a bit lame I did think the idea was good.
I think the new HBO version post 9/11 seems rather creepy and ironic when it comes to buildings being used as sky-scarper sized TV screens which the news is projected on, or from, not to mention how the firemen use kerosene (jet fuel?) in their firehouses to burn censored items the state don't want being read or seen;-) 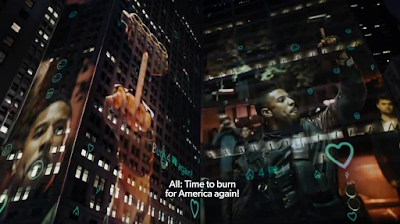