Sleep Talking From Almost 99 Years Ago and Being "Woke" Today?

I went to bed late last night after watching the Melbourne Demons dream of winning their first AFL Grand Final in 57 years come true and with my iPad resting on top of my blankets and then waking up this morning rather late with my iPad blaring out a brand new old Rudolf Steiner lecture about sleep that must have downloaded overnight while I was sleeping:-) 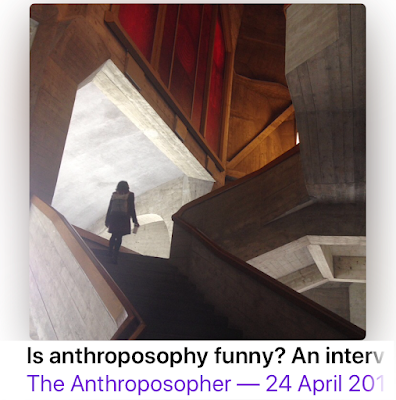 I had only stumbled across these Rudolf Steiner podcast episodes when doing an Apple Podcast search after I had heard
Gary Lachman talking about his books about Steiner and Blavatsky on a 'Skeptiko' podcast episode -
DEMOlitioN of the Rational?-) 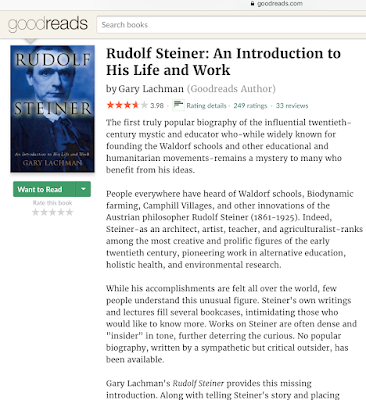 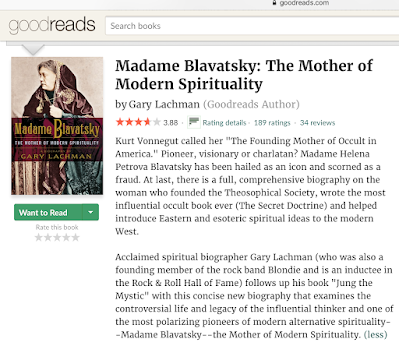 While I have never been a member of the Theosophical Society I was a member of their library in Brisbane for a number of years in my late teenage years and borrowed books and cassette tapes (That's right cassettes ... I did say my late teenage years:-) of lectures that were given in their lodges -
Speaking About Fishy Things and Librarians
While I thought Blavatsky and Co's stories about the Hidden Masters were as likely as Santa actually living and working with elves at the North Pole, I liked their open-minded (although sometimes too open-minded) search for the truth, and their motto of "There is no Religion Higher that Truth" even though I didn't think they were much closer to the truth than many man-made religions and faiths of the world at that time, or since. 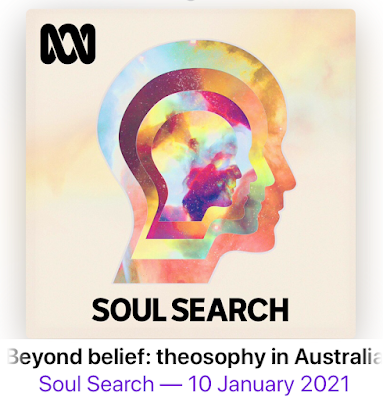 I still have this trinket pictured above which I bought off some jewelry store on the net years ago to remind me of my TS book borrowing days, even though this seal happens to be missing the reverse swastika on the original TS seal. 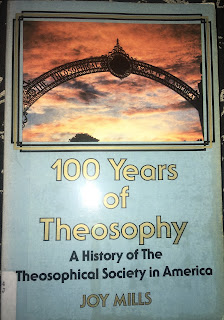 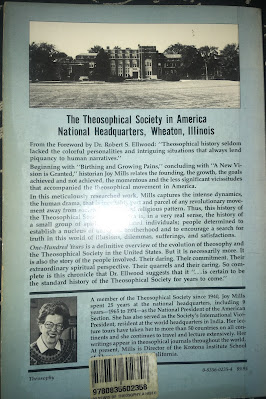 Being from a mixed secular Jewish family background I can't say that I'm too worried about the swastika missing from the seal, to be honest, but I've never seen the TS seal as being a Nazi symbol anyway.
The swastika symbol, 卐 (right-facing or clockwise) or 卍 (left-facing, counterclockwise, or sauwastika), is an ancient religious icon in the cultures of Eurasia. It is used as a symbol of divinity and spirituality in Indian religions, including Hinduism, Buddhism and Jainism.
I bought a secondhand copy of '100 Years of Theosphy' years ago over the net from Amazon, and this book happened to have once been on a shelf of the Arlington Heights Memorial Library by the stamps on its inside cover. 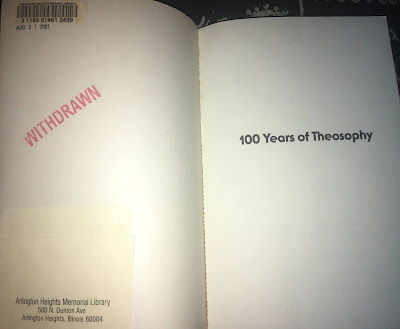 I started reading the book after hearing Garry Lachman talking about the Theosophical Society in the latest podcasts I have been listening to lately.
The book was written by the late Joy Mills and reads like a series of boring financial minutes of the years since the founding of the American TS and is a real slog to get through, even for me.
I have to often battle to stay awake while reading it ironically:-) 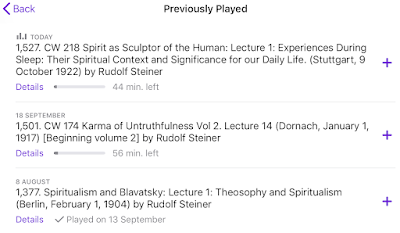 When I was wondering what time it was when I woke up in bed this morning I saw it was 8:15 and thought to myself, of course it's 8:15, as that's the time that it has always been;-)
I decided I would take a photo of my bedside table with the clock showing 8:15, but by the time I had switched my phone on and it had booted up the time was 8:16, nearly 8:17am, which made me think of my old BTTF post and the first bomb that was dropped on Japan -
Back to the Future: The Massive Speaker is Meant to be the Bomb that was Dropped on Hiroshima at 8:15?
And while I know even less about Rudolf Steiner and his beliefs I am finding some of his re-read lectures an interesting and thought provoking listen.
Especially this latest one which dropped onto my iPad overnight about sleep.
Which makes me ponder just where I have consciously been for over a third of my 57 years of life on this planet when I have drifted off to sleep and where I will consciously be tonight once more when I can't stay "woke" any longer;-)
The year I was born was the last time that the Melbourne Demons won an AFL Grand Final trophy ironically enough:-)
Posted by Brizdaz (Darren) at 9/26/2021 03:34:00 PM