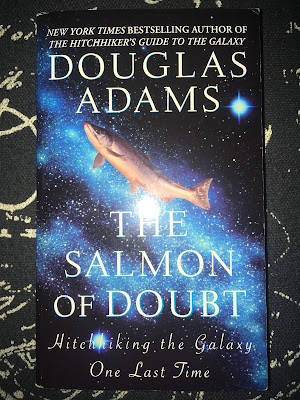 Del Rey and the 11th of May Syncs
I woke up on the morning of September 11, 2021 from a deep sleep with my iPad next to me still playing podcasts from the night before, and for a split second I had no idea of who I was or where I was, until it all came flooding back as I looked around the room I had found myself in ... my own bedroom.
As I looked up I saw my signed 2001 movie poster and realized that it was September 11th, 2021 and the 20th anniversary of that terrible event from 20 years ago.
I also remembered that Monday was the 5 year anniversary of my father's death, which was pretty much on the 700th anniversary of Dante's death.
And it was podcasts about Dante and his 'The Divine Comedy' I had fallen asleep to as they played one by one as I slept thorough the night, and God only knows where my consciousness was until morning:-)
9/11 Screening of 2001: A Space Odyssey?As my eyes and brain started piecing my current life back together I saw the fish hanging on my wall and it also struck me that
Douglas Adams had been dead for 20 years this year, having passed away in 2001 from a heart-attack and ironically in the year that his favourite movie was meant to take place in.
Douglas talks about the movie '2001: A Space Odyssey' in this 1994 BBC 'Desert Island Discs' radio show below.
I wrote about my 'Trout of Doubt' painting and me reading DNA's book 'The Salmon of Doubt' in this old 2013 post -
Woman with fish on head? 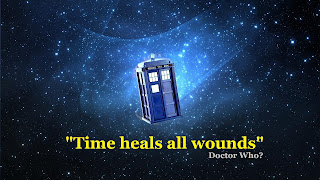 As much as I have written about Douglas Adams on this blog, I have not read his famous Hitch-hiker novel, as it's not something I think I would want to read after watching the movie.
I was only intrigued as to why Adams was such a cultural hit with his radio show/TV series/movie with nerd culture, and why a guy who seemed to have a spiritual bent said he was an atheist.
Maybe if Adams could have seen his life and death in hindsight (as I'm sure he eventually did:-) he would have realized that there was something more behind the scenes than he ever perceived in his DNA body?
Posted by Brizdaz (Darren) at 9/21/2021 09:13:00 AM