I would normally have skipped an episode of Skeptiko such as this one, but I went to bed with my iPad running in Apple Podcasts and this episode must have downloaded overnight into my subscription list and I woke up hearing some angry clown going off the deep end at someone because he doesn't agree with his viewpoint on something. 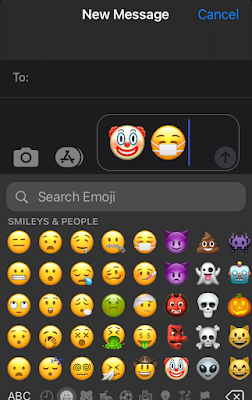 And of course it was Alex the Angry Clown, the host of the Skeptiko podcast, who when he disagrees with a guest who he has invited on to his podcast for a "discussion" goes apesh!t angry to the point it's a wonder the angry clown doesn't blow a blood vessel in his angry brain.
And as far as masks go, I think Alex should wear one on his podcast.
Not so much a surgical mask, but something to suit his personality, such as a Mexican wrestler's mask, or a Rorschach mask like the one out of the movie/graphic novel WATCHMEN -
WHO's Watching the Watchmen ... Still?

We are told that we shouldn't judge others, but we all do don't we?
And while Alex does have some interesting guests on his show, ultimately I think he just makes a fool out of himself when he lets his anger get the best of him.
I don't believe in an historical Jesus (whatever that is), or an historical Crowley, Satan, or whatever historical person Alex wants to bring up on his show ... because what is history anyway, right?
It's not solid fact, it's just someone or group's version of what they think is historical facts about that person are.
And for the record I judge Myke the winner of this little Skeptiko fight discusion:-)
But who am I to judge, right?-)
Posted by Brizdaz (Darren) at 9/01/2021 09:21:00 AM