When Life Knocks the Wind Out of Your Sails?

I was shocked when I heard the news about Jessica's partner dying from a stroke at 29 years of age, as my oldest son is just a few months older and I would be devastated if that were to happen to him.
And it was only a month ago that I was telling my younger son when I heard that her movie was finally getting made, about how Matt Nable was going to write Jess' biopic for the screen years ago and the conversation that I had with Matt about it down in
Byron Bay when I met him at the Byron Writers Festival, which was the place I had also met Jessica a few years before I had met Matt there -
STILL/BeCALMed? 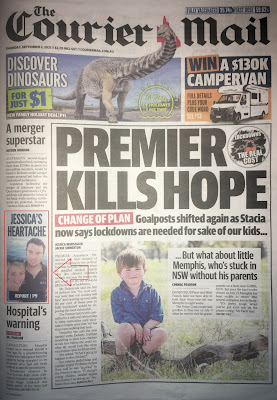 Jessica Watson at the BBWFI was thinking about her when I was writing up my last post about the compass metaphor, as far as life goes, and was thinking how meaningless all that would seem to her at the moment with her compass spinning and Jess feeling all lost at sea -
Charting Coincidence and Following Your Inner Compass?
I can't imagine what a tough mental journey it will be going forward for Jess now, no matter what her beliefs about life and death.
No words seem consoling right now on this solo journey life has now charted her on, I'm sure. 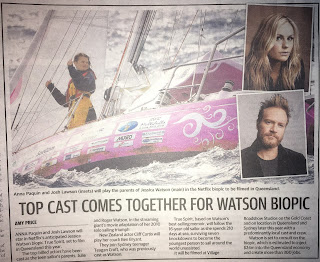