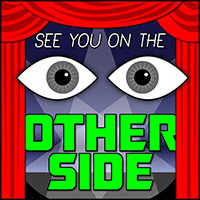 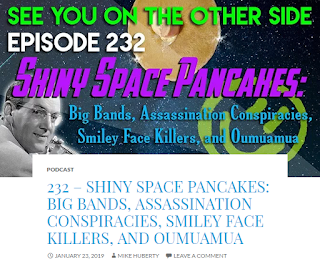 The 'See You on the Other Side' podcast is fast becoming one of my favourite podcasts to listen to each week instead of morning or afternoon local talk-back radio, especially when I'm washing the dishes and flying saucers that accumulate in my kitchen sink -
232 – SHINY SPACE PANCAKES: BIG BANDS, ASSASSINATION CONSPIRACIES, SMILEY FACE KILLERS, AND OUMUAMUA 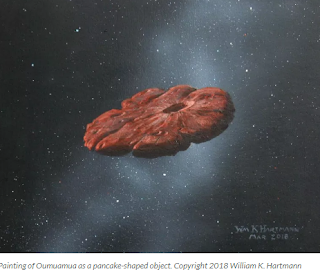 I hope I never come across a shiny space pancake among the saucers in my sink;-) 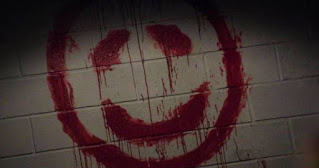