No Matter What You Believe, Life Can Be Funny ... Sometimes?

Authorities were alerted to Mr Heard’s disappearance after the 69-year-old failed to return from an hour-long fishing excursion in Gayndah Creek, near Hinchinbrook Island, on Thursday (February 11th) afternoon.

I was listening to some podcasts the other night in bed and I fell asleep during the episode of 'Life, Death and the Space Between' uploaded to Apple Podcasts on February 11th, 2021, and I thought Bruce Lipton had told a joke about funny tasting food.
I thought that's the second time in a week that I have come across that joke, as on February 5th, 2021 my local Queensland paper featured the same joke in the cartoon section (which is under the daily horoscopes funnily enough:-), but featuring two crocodiles. 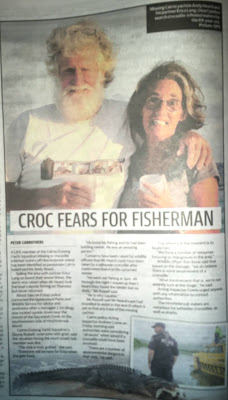 Then I read in the news on Monday the 15th of February that after a search for a fisherman that went missing on February 11th, 2021, that two crocodiles were captured with human remains and euthanized.
I was thinking that it was ironic that I should hear Bruce Lipton tell that joke, as I'm sure that I had read an article about Bruce Lipton, fear and crocodiles recently as well.
Can you believe it?
Bruce Lipton and crocodiles? 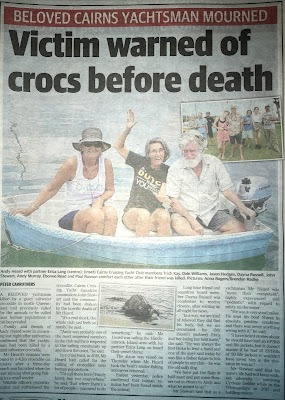 And when we are under stress, the body’s biology goes under the influence of what is known as the sympathetic nervous system, which controls most of the body’s internal organs as part of the body’s visceral, or unconscious behavior mechanism.
Let’s use as an illustration a situation where we are put under the most extreme instance of the body under stress.
A predator – let’s make it a giant crocodile – is speeding towards you.
Immediately the sympathetic nervous system kicks into survival mode.
In order to protect you it offers four choices of behavior: fight, flight, freeze or fragment and to save yourself from the gaping jaws you select one based on your temperament.
The stress that you feel during a normal day is not likely to involve a fearsome crocodile.
But the body doesn’t know the difference!
It only knows that you are under ’attack.’ And responds to the trapped energy – the stress you feel – accordingly.
You are left to fight the problem, flee from it, become immobilized by it or go to pieces! 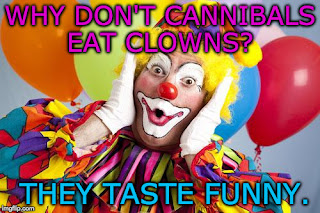 Turns out though that Bruce Lipton never did tell a funny food joke in that podcast episode.
I had this post all written up and ready to post and then couldn't find the spot in the podcast where I believed I had heard Bruce tell Amy the joke.
I listened to that podcast episode 4 times over trying to find where Bruce had said the joke I was sure I heard him tell the first time that I listened to the podcast in my bed that night. 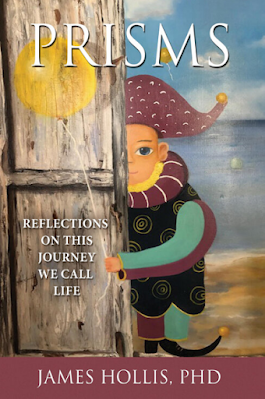 I must have fallen asleep then woken up as my iPad was working its way through the cued up podcasts episodes on my list, and it turns out  it was James Hollis I heard telling the joke to Laura London in the 'Speaking of Jung' podcast uploaded on February 6th, 2021 on Apple Podcasts.
I must have then fallen asleep again, then woken in the morning thinking it was Bruce telling the joke to Amy.
I thought that I was going insane when I couldn't find Bruce telling that joke to Amy.
And it wasn't until I realized the 'Speaking of Jung' podcast was cued up right after the Bruce Lipton podcast that I thought of listening to the James Hollis podcast again and found him telling the joke at the 32nd mark of that podcast.
Funny thing is that podcast was released on the same date at (February 5th, 2021) at the 'Speaking of Jung' website as when the cartoon was published in the Queensland newspaper.
Believe it ... or not, funnily enough.
UPDATE: 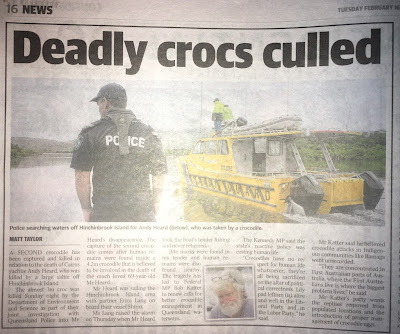