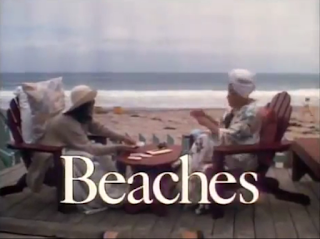 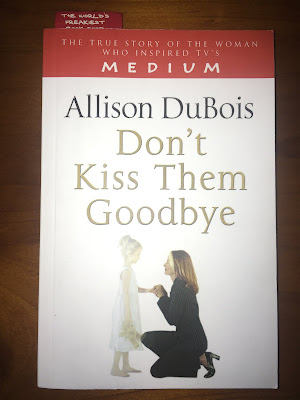 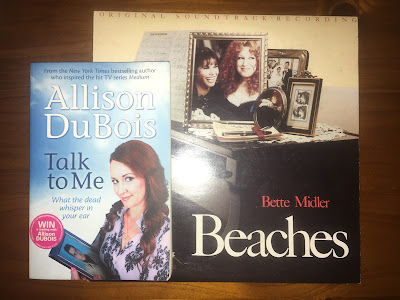 If you have read Allison DuBois's book 'Don't Kiss Them Good-bye' then you would have read in chapter 12 about how important seeing the movie 'Beaches' was to Allison and her teenage friend Domini.
Allison's friend Domini died at the young age of 31 from cancer, leaving behind a daughter. 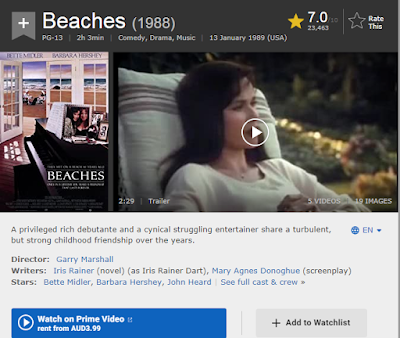 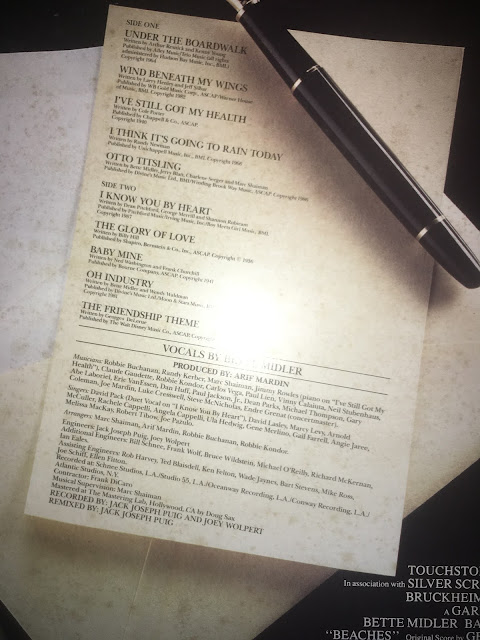 And if you have read Allison's books you would see how popular music plays an important emotional role in the lives of many.
Some songs even being seen as signs from the dead to the living.
What I learned from reading Allison's books was that we all have personal stories that we are trying to make sense of while we are living, and Allison is no different than any of us in the land of the living.
She to is trying to make sense of her personal story as she goes on living.
Every Story is Part Myth No Matter How True People Want You to BeLIEve it is?
The Crow Feather and the Willie Nelson Record?
I have a small record collection, but I rarely play the vinyl stored in my bookcase, because I prefer CDs instead of fiddling with records and record players.
As I wrote about in this recent post -
Less Is Now?
I've been doing a de-clutter of my bookcases to see what I feel like passing on to some others out there.
I used to have a fairly large record collection in the 80s, but started getting rid of them when I replaced them with a CD version if I still liked the old record.
I gave some of those records to my parents when I was into CDs.
And when dad passed away in 2016 my mother asked us kids if we wanted to take any of dad's records, otherwise she was going to give them away, as she didn't play records anymore.
I took back the records I had given them and didn't realize at the time that one of those records was the soundtrack to 'Beaches' which I had probably bought for my wife more than me, when that record was in the charts when we had seen the movie at the cinema.
Ironically the song that I'm sick of hearing played at people's funerals, 'The Wind Beneath My Wings' is on both the 'Beaches' and Willie Nelson record I have in my bookcase.
Most of the records I have in my bookcase I have decided to hold onto for now, except a Charlie Musselwhite harmonica record and the 'Beaches' soundtrack.
I noticed on Wikipedia that the 'Beaches' soundtrack was released 3 days after I got married:-)
In hindsight my "soulmate" turned out to be my "brick" more than the "wind beneath my wings".
Don't get me wrong, the 'Beaches' soundtrack has a lot of good songs on them, but none that I want to hear until it's time for me to go:-)
And while I enjoyed reading Allison's books they won't be going back onto my shelves and are heading to a secondhand bookstore near you maybe? 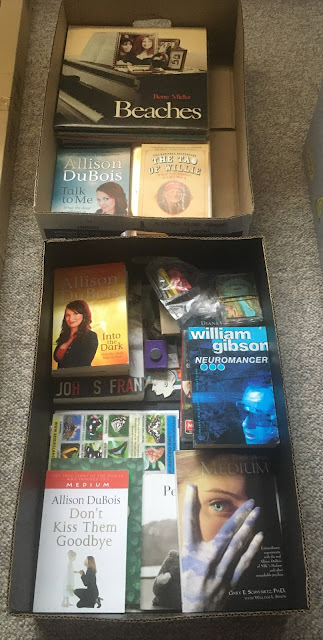 Who knows?
God and life work in mysterious ways don't you know?-)
Anyway, if I don't get rid of some stuff, I'll soon need a bigger boat. 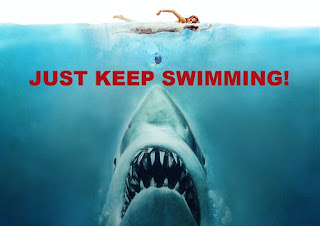