The Rules Around Drones?

I saw this amazing photo Robert Irwin took using a drone and the debate over just how legal using a drone to take that photo was.I don't own a drone and have never flown one before, but I must admit that I hadn't heard of the rules about flying one until the discussion around Robert's hot photo appeared in the media. 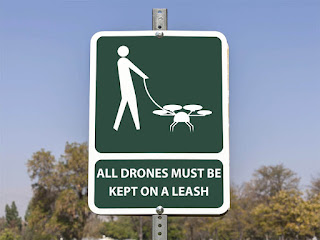 During flight, you must keep your drone at least 30 metres from anyone who is not directly associated with its operation.
The drone must also not be flown over populated areas — that is, areas that are sufficiently crowded that the drone would pose an unreasonable risk to the life, safety or property of someone present.
This includes crowded beaches or parks, or sports ovals where a game is in progress, and you can only fly in visual meteorological conditions, which generally means no night flights.
Funnily enough, I snapped a photo of what looked like a drone flying in the night sky over the temple entertainment on Thursday night.
It looked like two red "Mothman" type eyes floating up and down over the temple roof.
But who knows, it probably wasn't a drone at all ... it might just have been a UFO?-)
Lovin' Chinese New Year in Times of Covid 19 OX?
Hummingbird Medicine?
Posted by Brizdaz (Darren) at 2/14/2021 12:19:00 AM