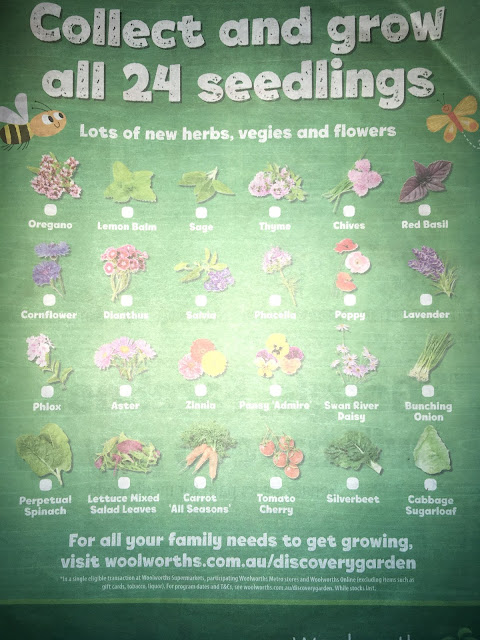 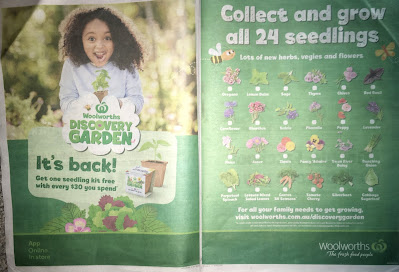 I was reading a local newspaper from February 13th, 2021 yesterday morning that I had laying on my dining table and saw that Woolies supermarkets are giving away seedlings to customers who spend $30 or more.
The sage and thyme on the first line of pictured seedlings caught my eye and I thought of the Simon & Garfunkel  song 'Scarborough Fair' and started looking through the seedlings on offer to see if they were giving away rosemary as well.
"Scarborough Fair" (Child 2, Roud 12) is a traditional English ballad.
The song lists a number of impossible tasks given to a former lover who lives in Scarborough, North Yorkshire.
The melody is in Dorian mode and is very typical of the middle English period.
It was recorded by a number of musicians in the twentieth century, including the version by the 1960s folk rock duo Simon & Garfunkel.
No rosemary was among the 24 seedling collectibles, but my mind wondered back to the rosemary garden I wrote about seeing on Bribie Island in this post -
Monolithic Artworks?
As I'm looking at the 24 seedlings pictured in the newspaper my eyes were on the sage and I was wondering if I bought $30 worth of groceries would I get the sage, or one of the other 23 seedlings?
I had never seen sage in its natural state before, so I thought it would be cool to grow some sage in my backyard, as I've only ever used the herb in smudge sticks to cleanse new places I move into.
I was also listening to a 'Afraid of Nothing' podcast titled
'Afraid of Angels & NDEs' where Colleen said right at that moment I was looking at the sage in the newspaper to "protect yourself by using sage ..."
That really had me thinking about what the odds were at that moment:-)

Then in the same newspaper I saw the butterfly that had landed on Naomi Osaka's face and realized that it was the same kind of butterfly I had written about that landed on my watch at
Bribie Island -
It's Not the Number of Moments That Make Up Life ...? 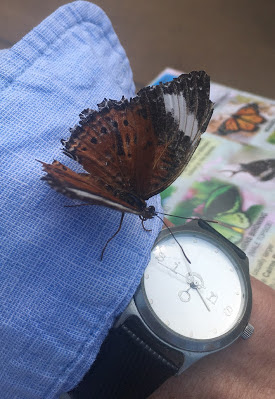 I just knew that had to be a good omen for Naomi, and it was it seems when I watched the evening news yesterday. 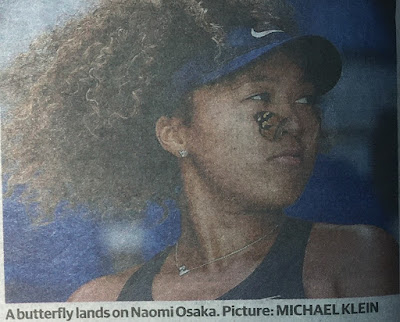 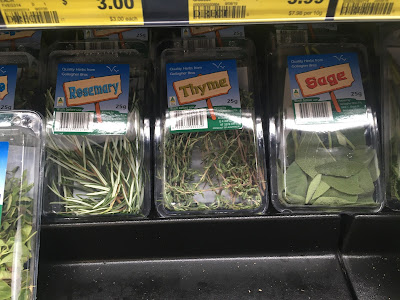 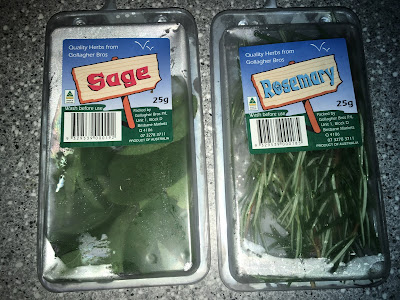 I ended up buying some fresh sage and rosemary from my local supermarket yesterday afternoon to cook with, as I can't be bothered trying to grow it in my backyard where the possums would probably eat it more than I would.
And after trying some raw sage last night, I can honestly say that I would rather burn it than eat it:-)
Posted by Brizdaz (Darren) at 2/19/2021 07:55:00 AM