I was reading page 550 of David Icke's
Human Race Get Off Your Knees yesterday.
It was about chemtrails being sprayed in the air over populated areas.
Then I saw another post on chemtrails last night -
http://rorysexton.wordpress.com/2013/04/28/tips-to-guard-oneself-against-chemtrails/

which had this You Tube with a Native American guy pointing them out over his house and talking about 'Giant Sylphs', whatever they are?
I posted it here because that's exactly what the sky looked like for most of the afternoon.
This stuff doesn't evaporate like a normal contrail ,it just floats apart and stays in the sky all afternoon, unless a strong breeze gets hold of it and takes it elsewhere. 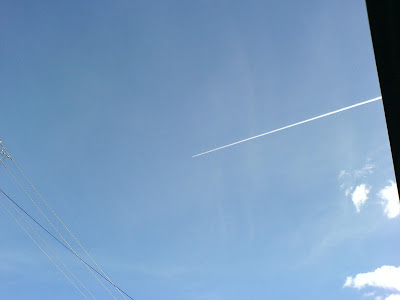 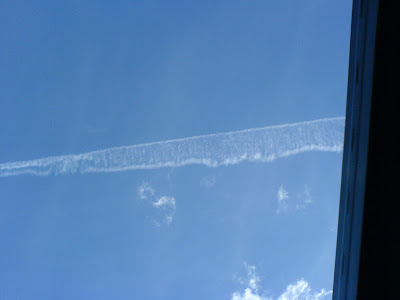 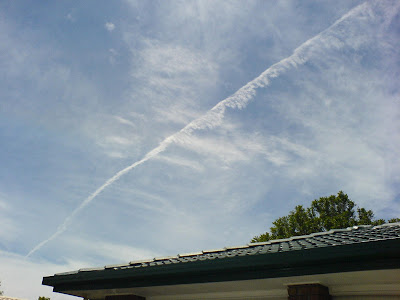 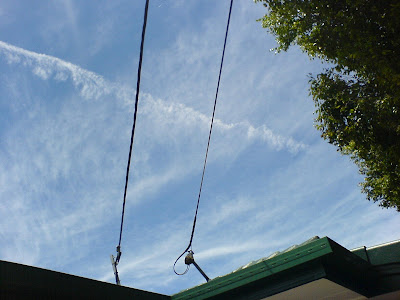 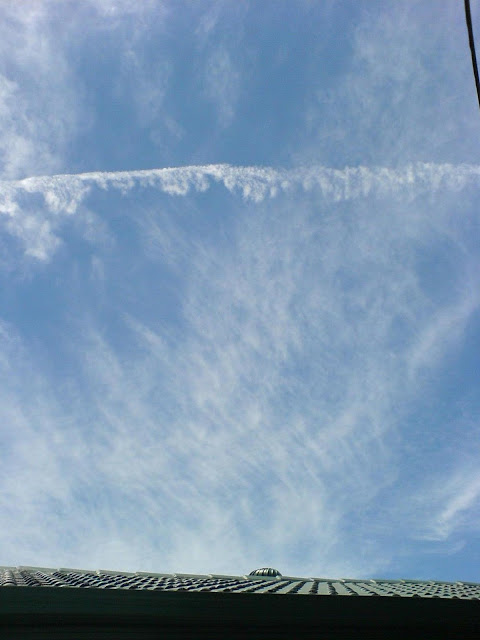 Then this morning I read another blog post about Graham Hancock's TED talk at this site -
Scientists Intervene in TED Controversy
Which linked to this site -
Scientists Intervene in TED Controversy
which had this picture of a sculpture with a chemtrail flying overhead.
If you mention this sky spraying to anyone in conversation, most people just say,
"What trails?", like they have never seen them before.
So, I'll never bring up a UFO sighting if I ever see one fly over my house, if they treat you like you are nuts because you say planes are flying over your house spraying the skies with some white crap.
And the governments don't tell you squat about what they are spraying, in fact they don't even tell you they are spraying anything over your house.
But then again, look what they are doing to our rivers;-)
Posted by Brizdaz (Darren) at 4/29/2013 04:49:00 PM