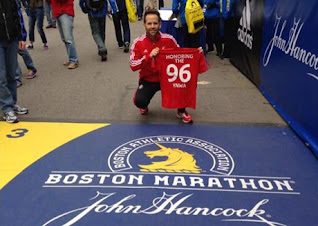 "A LIVERPOOL FC supporter running the Boston Marathon in memory of the Hillsborough disaster victims was among thousands of people caught up in two horrific explosions in the city.
Mexican runner Adrian Zambranon was pictured at the start line of the race holding up a red shirt with the number ‘96’ printed on it.
He tweeted: “Running the #BostonMarathon in honour of the 96."

LFC fan running marathon in memory of Hillsborough victims caught up in Boston explosions
"On the 24th anniversary of the Hillsborough disaster, Liverpool — with help from Everton — paid an emotional tribute to the 96 souls who went to an FA Cup semi-final but never came home, at the first service to be held since the truth about the appalling cover-up was exposed last September."
It was also held on April 15th, 2013.
A city of faith: Rodgers and Liverpool legends lead tributes to Hillsborough victims 24 years on as fans, families and players come together for Anfield memorial service 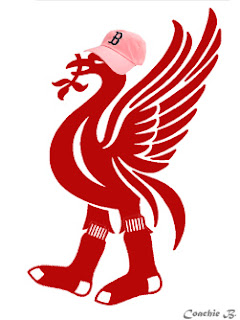 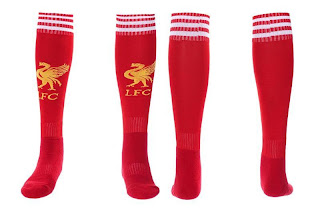 "The Mayor of Liverpool sent his support to the people of Boston, who include LFC owner John Henry, who also owns the Boston Redsox.
Mr Henry was in the city today for the Hillsborough memorial service at Anfield." 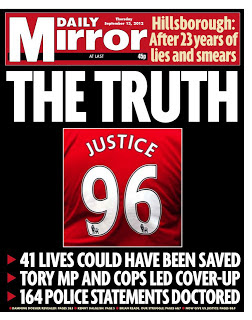 I wrote this post on the 22nd Dec last year in a post about tragedies in sport -
COLEman SYNC
When asked why I used that picture of the 96 on a Liverpool jersey,
I replied in the comment section of that post -
" It was actually quite random
(if there is such a thing), because I just Googled "Daily Mirror", trying to grab a headline from that paper that related to the shooting story I was posting.
I saw the "41 lives could be saved"
sub-heading and because Billy COLE is wearing number 41 on his football uniform I thought OK that's the one I will go with.
But, a little voice in my head said 96 will prove to be a good choice for a headline later down the track.
I didn't know why, but I guess I do now;-)" 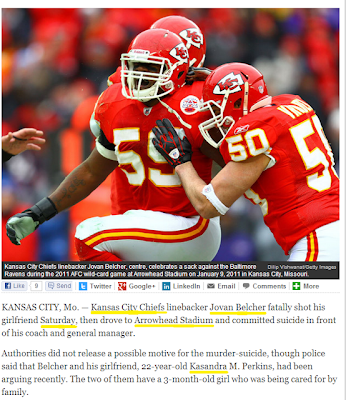 I also wrote -
"I forgot to say that Jovian's uniform number being 59 (5+9=14) and Billy Cole's being 41 gave me the idea of mirror reversed images, so I wanted a "Daily Mirror" headline to underline that oddity when it came to
1) Finding a compelling News Item;-)
Hence
"41 lives could have been saved".
96 really had nothing to do with my choice.
Although I did worry that people would think
"what the *u@% has 96 got to do with this story?" "
The Coleman I was writing about in my initial post runs a blog called -
Twilight Language
Where he explains that -
"The twilight language explores hidden meanings and synchromystic connections via onomatology (study of names) and toponymy (study of place names).
This blog further investigates "name games" and "number coincidences" found in news and history.
Examinations are also found in my book
The Copycat Effect (NY: Simon and Schuster, 2004)."

Writing of Twilight and Marathon tragedies,
check out what happened on March 24th 2013 in this blogpost -
The Iceman Cometh in March Sync 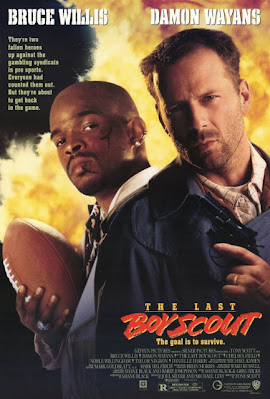 The initial post with Loren Coleman involved the Tony Scott movie 'The Last Boy Scout'.
I also wrote a post about this years NFL final which also involved Loren Coleman and Twilight language -
Black Sunday: Loren Was Right, Sort of 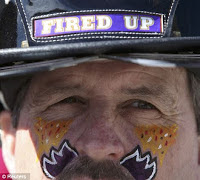 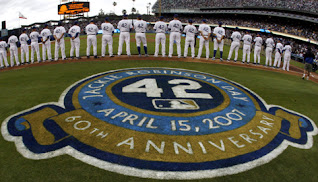 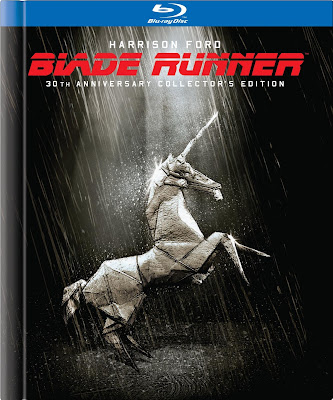 Another thing I just noticed was if you were to get the blue Everton jersey with the 96 on it and lay it next to the red Liverpool jersey with the 96 on it you would have four lions.
Which is a British film about terrorists that set bombs at the London Marathon.
Which was going to air this Saturday night in Australia, but has now been pulled -
SBS pulls marathon bombing movie
SBS has withdrawn a movie about suicide bombers who target the London marathon from its schedule in the wake of the deadly terrorist attack in Boston. The feature film Four Lions was due to air on Saturday night but has been replaced in the network’s guide after it was contacted by viewers.
The 2010 black comedy is about four inept British terrorists who train at a jihadist camp in Pakistan and return to target the London marathon, killing several people.
This year’s race will be run on Sunday, with security on high alert after two bombs went off near the finish line of the Boston marathon, killing three people and injuring more than 100.
SBS says the movie has been withdrawn because of sensitivities surrounding the bombing.
A planned screening in the UK on Monday night has also been cancelled by British channel Film4.
It was also going to air this Monday night in Britain,but has also been pulled!?

Update: 19 April, 2013
Thanks to a comment from "Unknown" below, I was alerted to this story this morning -
LONDON — A woman who became one of the leading campaigners for victims of Hillsborough after her 15-year-old son was killed in Britain's worst disaster at a sports event has died, it was announced on Thursday.
Anne Williams, who died from cancer aged 62, battled to have the inquest verdict of accidental death recorded for her son Kevin overturned, which was considered a turning point in the families' fight for justice.
Ninety-six Liverpool fans were crushed to death in the Hillsborough football stadium disaster in Sheffield, northern England, in April 1989. It was the worst sporting disaster in British history.
In September, after an exhaustive review of thousands of formerly classified documents, an independent panel revealed that police had altered more than 160 witness statements as part of an attempt to divert blame towards Liverpool supporters.
Williams was diagnosed with terminal cancer in October, but she carried on her campaign and attended a hearing at the Royal Courts of Justice in December when the original inquest verdicts were quashed.
Speaking after the hearing, she said: "I am glad we never gave up. It has been hard, but we wouldn't have been here today. I am so glad I could be here today to hear it for myself."
Fresh inquests will now be held into the deaths of all the victims.
Liverpool Football Club recalled that Williams had attended a memorial service for the victims on the 24th anniversary of the disaster on Monday, confined to a wheelchair by her failing health.
"It was an act so typical of a mum who simply refused to accept defeat," the club said in a statement.