Cass and Liane Moriarty ... No Relation? 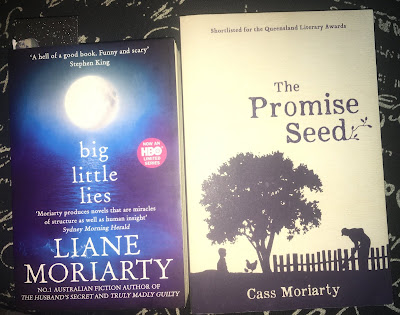 When I purchased my copy of Cass Moriarty's book
'The Promise Seed' I did so thinking that Cass was one of Liane's sisters, who are also authors.
But I soon found out when speaking to Cass at the signing table that she was no relation at all according to her.
I'd said something stupid like, "I met your sister down at the
Byron Writers Festival" to which Cass told me that they weren't related and how people (like me) are always assuming that they are sisters. 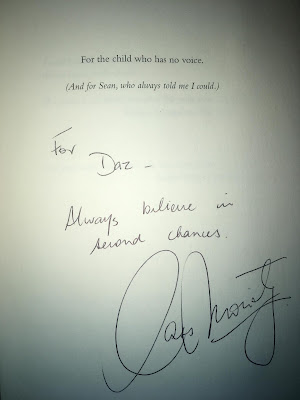 So it was a bit late to get a refund for the book then, I guess:-)
Cover to Credits Podcast? 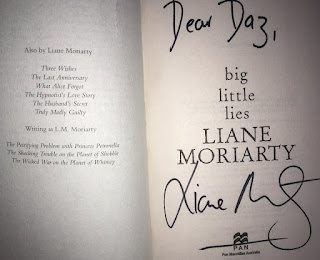 I finally read Cass Moriarty's book this month, having started reading it in July when I thought I was going to bump into her again at an in store Avid Reader's event I had tickets for to see her interview Matt Nable about his new book, until Matt got caught up in the Sydney lock-down and couldn't get to Brisbane and the event turned into an online Zoom event (which gave me time to finish reading the book at a more leisurely pace the following week when we went into a 7 day lock-down in Brisbane) -
STILL/BeCALMed? 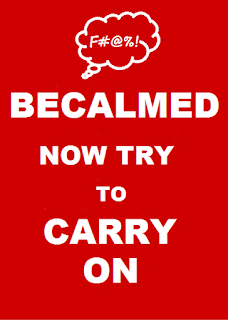 The Byron Writers Festival got called off for the 2nd year in a row, because of Covid lock-downs, too.
But I did get to watch season 2 of 'Big Little Lies' as well as re-watch season 1 in the right order this time ... while in lock-down:-)
And then I picked up my novel of 'Big Little Lies' which I had purchased at the Byron Writers Festival and started re-reading from the beginning to where I had left off last time and kept going to where I'm now half way through the book, as I write up this post.
Ironically in hindsight I now realize I started re-reading
'Big Little Lies' on the last new moon, considering that there is a full moon on the cover of my book:-)
I also had a listen to a few podcasts featuring Liane and Cass, which I had found through Apple Podcasts searches.
And I couldn't help thinking of this Jake Kotze synchromystic video below where the name Moriarty is key to many film scenes linked together in it. 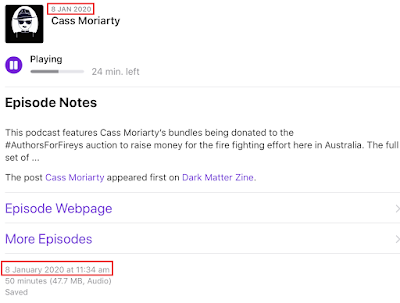 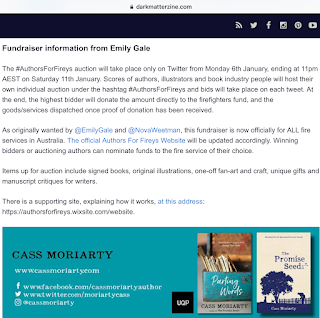 I also thought it was rather synchromystic that this podcast featuring Cass was uploaded on Elvis' birthday in 2020, considering that Liane's novel 'Big Little Lies' revolves around a murder at a fancy dress trivia school night where the partners are all dressed as either Elvis or Audrey Hepburn:-)
January 8th is also David Bowie's birthday and 'Big Little Lies' hinges around a little boy named Ziggy ... as in Ziggy Stardust:-) 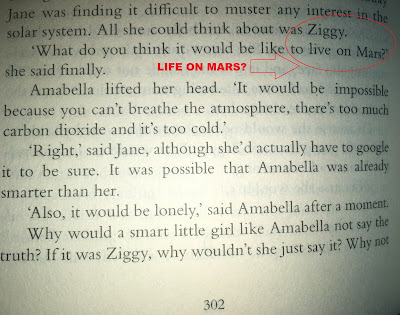 Although, it is stated in the novel by Jane that Ziggy is named after Bob Marley's son, Ziggy.
Bob's final words to his son Ziggy were "Money can't buy life."
Audrey was also born on May the 4th (AKA Star Wars Day) ... so May the 4th be with you?-) 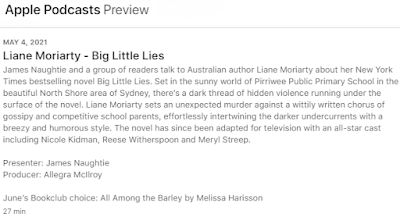 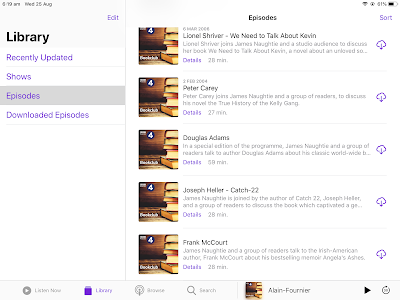 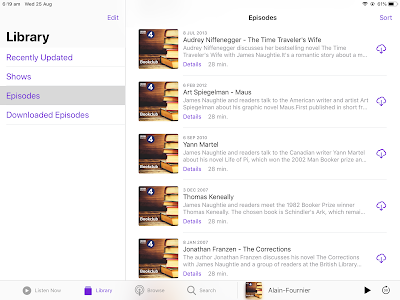 I stumbled across the BBC Bookclub podcast the other day when I was doing an Apple Podcast search for podcast episodes in which Liane Moriarty had been on and I found one that was uploaded to Apple Podcasts on May the 4th (Audrey Hepburn's birthday) (which I placed into the updated post above), plus I found at least 10 episodes (above) which I want to have a listen to, either because I've met and read the author's books mentioned in the episodes, or I have read the book (or it's on my list) and would like to hear the author's reasons as to how and why they think they wrote the book under question.
Posted by Brizdaz (Darren) at 8/22/2021 09:53:00 AM