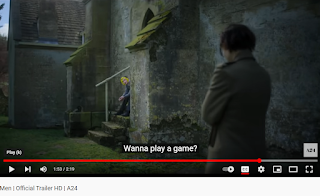 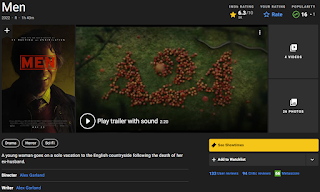 I went to see the Mark Wahlberg movie 'Father Stu' on Monday night in a cinema that was decorated like a generic church, with pseudo stained glass windows lit up on the sidewalls of the cinema until the movie started. 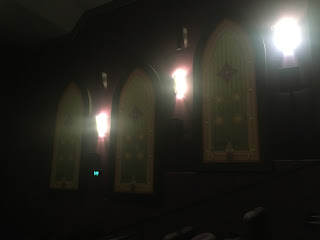 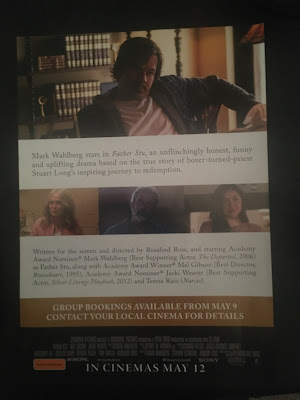 And one of the trailers played before 'Father Stu' started was
Alex Garland's new movie 'MEN' which obviously harks back to the 'Adam & Eve' myth from The Bible, as well as other iconic pop-cultural images such as the bloke at the top of this post wearing a Marilyn Monroe mask and sitting on the church steps waiting for the star of the movie to come along.
Alex is quoted as saying at his IMDB page that, "I think everything I write is from an atheist perspective. I mean, it's partly from an atheist perspective because I'm an atheist, and I'm just not really interested in religious-based questions."
Which I find interesting being neither an atheist nor religious person myself.
I personally don't believe in the creation myth or much of Darwin's theory of evolution, either.
I think the true origins of the species is much more mysterious than we can imagine somehow.
But hey, we all like a good story, don't we?
The Catholic Talk Show, Fatima, Father Stu and Mark Walhberg, Too? 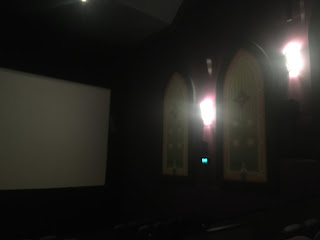 'MEN' looks like a work of art from the trailer and a movie I'm gonna have to see at the cinema.
Alex seems to be making some intriguing movies, so I hope this one is worth seeing and contemplating over if I buy a ticket.
Bad Moon Risen: Fears Coronavirus Quarantine Regime is Compromised as 27 Day Incubation Period Detected?
Posted by Brizdaz (Darren) at 6/02/2022 10:12:00 AM