I wrote a post about June being Killer Whales month and how they like feeding on sharks, and with me being a Sharks supporter and going to Redcliffe the home of the Dolphins, who will make up the 17th NRL team in 2023, but in 2022 is the home of the New Zealand Warriors, I thought maybe this wasn’t such a good omen for me and my team.
I was also surprised to hear in the whale podcast that dolphins are part of the whale family.
But it turned out to be a very good night for me and my fellow Sharkie supporters, as after a very bad start we ended up winning 38-16.
I even ended up winning a Warriors training jersey that was fired at me from the first t-shirt cannon fire on the night, which I’m going to give away to a New Zealander to give to her grandchild, because she was my older brother’s carer when he was in a home when he died back in 2020 and I know they are Warriors supporters:-)
It’s also the 20th anniversary this year of  the New Zealand movie ‘Whale Rider’ and I took my son out to the Redcliffe jetty to look at the Eye Spy whale watching boat I went out on a few years back to see my first ever live whales, which I wrote about in this old post -
Successful Whale Watching Thought Experiment ... or Just a Big Coincidence? 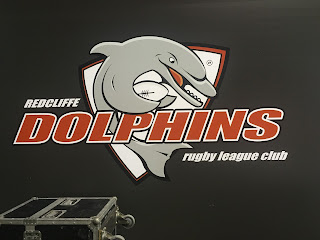 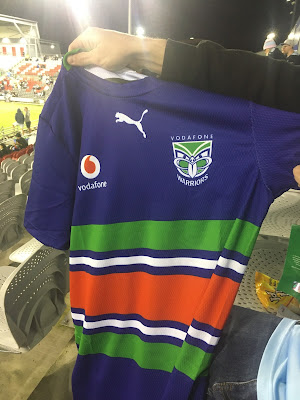 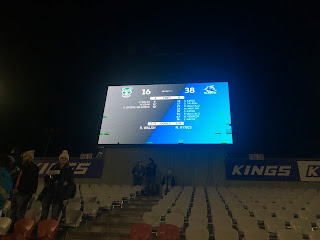 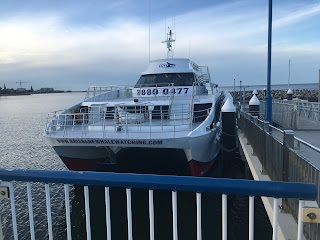