Can Men Be Witches?

I wrote in my post -
A Book of Shadows and a Candle and You're a Star?

that in my opinion men can not be real witches, because it's all about the female reproductive system and having one, as cruel as that sounds.
And I stick by my belief in what I say and to sum it up here is a page from the book 'Wiccapedia' on crystals and their uses.
This page is about the crystal Moonstone and I think it really does drive home what witchcraft is all about.
I'm fine with dressing babies in pink for girls or blue for boys, because if the babies were left naked, most observers would still draw the same conclusion about the baby's gender.
So Céline is pretty naive in her augment about the pink and blue colour issue, I think.

I'd say she is on a sinking ship with that one:-)
Jordan Peterson the Culture Warrior?

I'm not trying to be a Jordan Peterson here, as I'm all for gender equality (within reason), but can you really be a witch Harry?
Not really in my book, no matter what Leanna says about men being witches (she says they can be).
I agree with the young lady below, as much as she dances around the issue.
And with this witch below, too.
I'm not a Wiccan and have no desire to be one either ... or a "wizard" for that matter.
But Harry might learn a thing or two by listening to Teal Swan in the video below.
When Harry can do paintings like Teal's I'll call him a witch, until then you're a wizard Harry, like it or not.
These are just observations from someone sitting on the sideline watching the game and calling it as I see it. 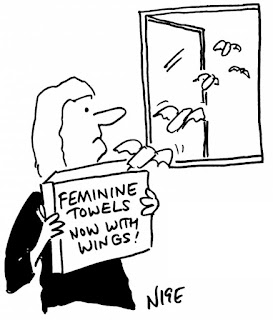