Gary Lachman: Music and Mysticism and the Lost Knowledge of the Imagination? 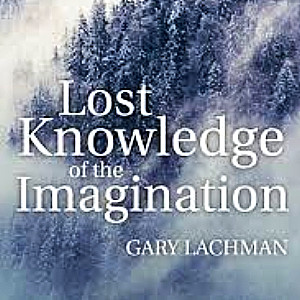 A couple of interesting talks with Gary Lachman, one at the
'New Thinking Allowed' podcast You Tube channel -
"Gary Lachman is the author of twenty-one books on topics ranging from the evolution of consciousness to literary suicides, popular culture and the history of the occult.

He has written a rock and roll memoir of the 1970s, biographies of Aleister Crowley, Rudolf Steiner, C. G. Jung, Helena Petrovna Blavatsky, Emanuel Swedenborg, P. D. Ouspensky, and Colin Wilson, histories of Hermeticism and the Western Inner Tradition, studies in existentialism and the philosophy of consciousness, and about the influence of esotericism on politics and society. Here he suggests that, as a result of modernity, we have lost sight of the conscious poetic power of nature and reality itself.
He focuses on the work of Goethe who claimed that the disciplined imagination of the poet can be applied to scientific questions.
His argument centers on the work of philosopher and historian Henry Corbin, who argues that the "imaginal" realm was distinct from fanciful imagination and also ontologically real.
He also describes the journeys taken by the great Swiss psychiatrist, C. G. Jung, into the depths of his own psyche."