Can Spirits Push U around? 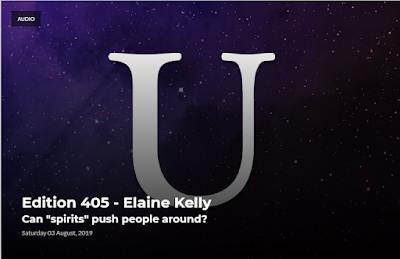 Sunday morning Australian time I had listened to the latest
'The Unexplained' podcast where Howard Hughes interviewed a lady named Elaine Kelly from the UK's Spectredetectors who claimed to have started off her ghostly encounters by seeing a ghost in the big British supermarket chain store that she worked for at the time.
The Unexplained Podcast: Edition 405 - Elaine Kelly.
While I do believe that there are such things as ghosts, I'm not sure that I believe in beer drinking ghosts, but even I like a good Stephen King like story to listen to and take my mind off the washing up.
I spent most of my adult life working in supermarkets and warehouses and I couldn't imagine crossing paths with a ghost while working in such an environment like Elaine claims to have.
After I had listened to the podcast about a ghost in a supermarket I was checking to see what the latest posts at the 'Sychromystic Stuff' blog were and lo and behold here was Loren Coleman glorifying another mass shooting and this time in a Texas Walmart by probably someone looking to get written up on blogs like his. 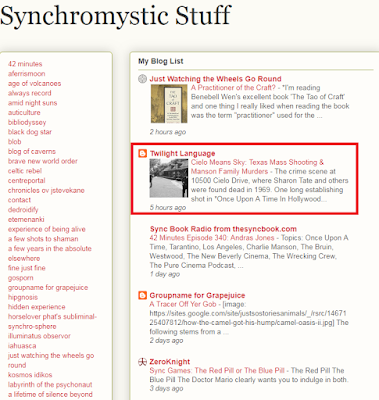 And not long after that shooting he had another one to write up at his 'Twisted Language' blog.

One good thing though (well I think so) with the Texas shooting is that the state of Texas has the death penalty (I think?) for a crime like that and I'm all for it in cases like this.
I have visited the place of Australia's worst mass shooting (although I didn't go there for that) and while I don't consider myself someone who can communicate with ghosts, it was an eerie feeling knowing I had stood on ground where at least 20 people were killed by a crazed coward with a gun -
Hit Me with Your Best Shot

I fear spirits less than a lunatic with a gun in a public place killing random people.
Sometimes I wonder if hell isn't this side of the other-side.
Posted by Brizdaz (Darren) at 8/05/2019 11:27:00 PM