Yesterday: Golden Slumbers, Carry That Weight, The End ... and Hopefully a Resurrection? 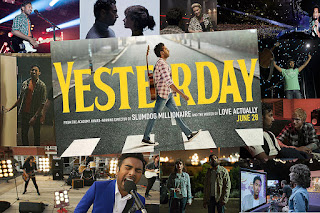 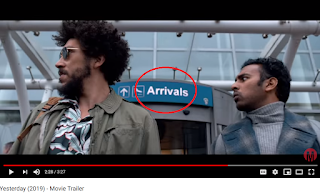 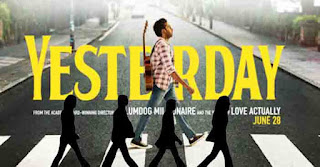 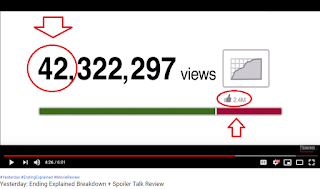 Did that guy in the above You Tube mention 'The Mandolin Effect'?-)
Trudi Fraser in 'Once Upon a Time ... in Hollywood' is Based on Jodie Foster Mr. Knowles?
Well, if you want my take on what the movie 'Yesterday' is all about Maat mate, it has nothing to do with the "real" world we are now living in. 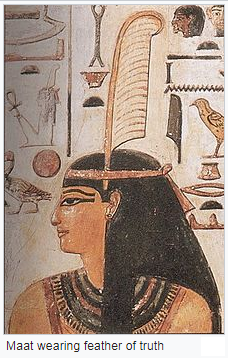 Yesterday I Decided to See Yesterday Tomorrow Which Was Today?
"In the Duat, the Egyptian underworld, the hearts of the dead were said to be weighed against her single "Feather of Maʽat", symbolically representing the concept of Maat, in the Hall of Two Truths.
This is why hearts were left in Egyptian mummies while their other organs were removed, as the heart (called "ib") was seen as part of the Egyptian soul.
If the heart was found to be lighter or equal in weight to the feather of Maat, the deceased had led a virtuous life and would go on to Aaru.
Osiris came to be seen as the guardian of the gates of Aaru after he became part of the Egyptian pantheon and displaced Anubis in the Ogdoad tradition.
A heart which was unworthy was devoured by the goddess Ammit and its owner condemned to remain in the Duat.
The weighing of the heart, pictured on papyrus in the Book of the Dead typically, or in tomb scenes, shows Anubis overseeing the weighing and Ammit seated awaiting the results so she could consume those who failed.

The image would be the vertical heart on one flat surface of the balance scale and the vertical Shu-feather standing on the other balance scale surface.
Other traditions hold that Anubis brought the soul before the posthumous Osiris who performed the weighing.
While the heart was weighed the deceased recited the 42 Negative Confessions as the Assessors of Maat looked on."
Jack didn't survive getting hit by the bus in the world wide black out.
He is dead (like Paul?-) and is journeying through the underworld having his heart weighed to see if he makes it to the other side or not. 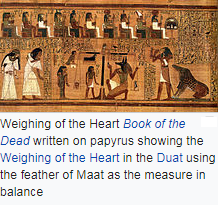 Which is why the seagull hovers around Jack in the animated crossing sequences in the movie I would say.
Seagull Resurrection? 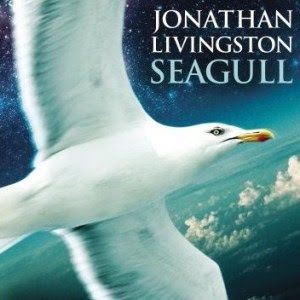 So my take on the movie is that Jack's little adventure takes place between the land of the living and the dead and is all about seeing if his heart is lighter than a feather in 'THE END';-)
Personally I'm inclined more towards Buddhism than Egyptian mythology.
Posted by Brizdaz (Darren) at 8/20/2019 12:35:00 PM