Astrology, the Universe and/or God ... and are THEY Real? 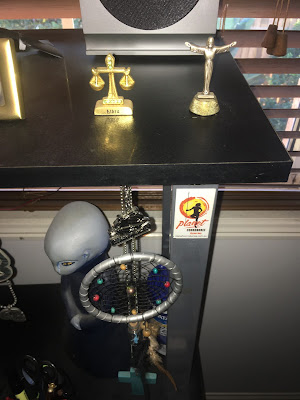 I'm on the fence as to whether I believe astrology really works, or not.
In fact I blame my star signs for that trait of being a fence sitter, because I was born on the cusp of Virgo and Libra:-)
And that is a good metaphor for how my life has played out from my birth on planet Earth to where I am as I write this post ... always caught between at least two metaphorical worlds.
With a part Indian (only about 1/10th) Catholic Nan, a Protestant whitchy Grandmother, an atheist (sometimes agnostic) secular half German Jewish father who detested all religion as man made BS, to a mother from a Scandinavian/secular part Jewish background who didn't know what to believe, no wonder I was born between star signs I say:-)
And being born on the 23rd I just couldn't resit having a listen to Jimmy Akin's #23 podcast about his take on astrology from a practicing Roman Catholic's perspective, since I am not a Roman Catholic or would even really call myself a Christian, even though I am a member of the Liberal Catholic Church and am quite happy to be still, even if I haven't been to that Church for over 20 years:-)
To me God is a mystery and is everywhere and whether Jesus was/is a real person is a mute point to me, as when I was made to pray to Jesus in school I was always praying to the God behind the man who was Jesus.
If I go to a Buddhist temple and pray, I'm not prying to Buddha, I'm praying to the God behind the Buddha, which to my mind is the same God who made me.
Which would be the same thing if I pray to the Virgin.
My God is way too big for any one religion to try to contain, and I won't put man-made dogmatic boundaries around my idea of the mystery of God.
I find it interesting as to how other humans perceive God and have a list of dos and don'ts as to whether you can join the God club they are in (and be allowed to stay in it, as well), when I think God doesn't really need humans to do the work that God is quite capable of doing when it comes to teaching humans a thing or two. 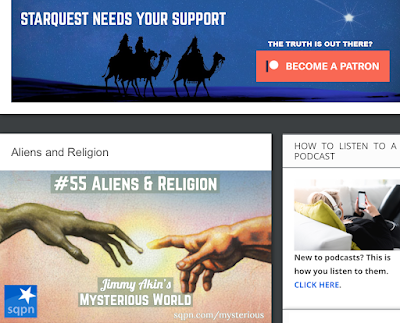 So I find it interesting to hear how other human beings interpret books written by men about God, especially when I have read those books from cover to cover.
Jews have a saying that goes, "2 Jews, 3 opinions" and I don't see that being much different when it comes to Catholics, or any 2 Christians, Buddhists, Hindus or humans.
I'll bet Jimmy Akin gets as much flack coming from inside the Roman Catholic Church as from outside of it, when it comes to what he is saying in these videos.
Either way, I find them entertaining and thought provoking.
Hypnotherapy & Regression-based Practices to Release Emotional Pain & Trauma? 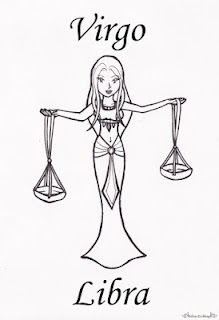