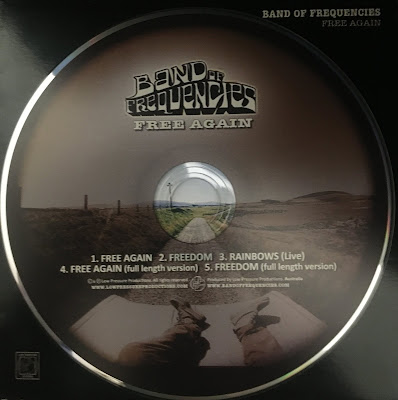 I was sorting through my CD collection wondering what to keep and what to give away and I came across a CD with 5 tracks on by
'Band of Frequencies' which says it was released in May 2011.
I don't even remember where or when I bought this CD, but I'm guessing it was from a music festival such as 'Bluesfest' or the Woodford Folkfest.
I don't even recall if I have ever seen the band play live or not to be honest.
But listening to those tracks from a locked-down 2021 Australia, not free to travel over state borders, and with two Bluesfests already being called off because of lock-downs seems rather ironic, not that this track below was on my CD, but it was off the same album -
Bluesfest 2020: The Festival That Never Took Place? 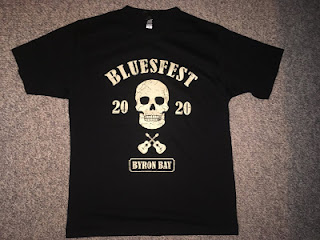 And more irony, as I was looking for a You Tube to place in this post for 'Free Again' when I saw that the You Tube was uploaded exactly one year to the day before my father would pass away from Alzheimer's plus pneumonia, and that the Tube had 242 views, considering his taxi cab number was 424 and I had just written a post about the number 242 -
1,2,3,4 ... Number Synchronicities?
My father passed away on a 13th and my older brother passed away on a 24th (1,2,3,4):-)And didn't I just write a post about rainbows, as well?
Hulk Hogan Hired Them When Milely's Wrecking Ball Was Popular?!
It certainly has been a weird decade.
Happy Mother's Day 2021?
Posted by Brizdaz (Darren) at 7/15/2021 06:56:00 PM