I just read a rather sad, but synchy post at Mike Clelland’s ‘Hidden Experience’ blog (posted on July 26th ... Carl Jung’s birthday) about Mike crossing paths with an injured robin that might have flown into a fence around a baseball field and broken its neck, but later died resting on a rock that Mike was going to use to put it out of its misery.
I couldn’t help thinking of the movie ‘Field of Dreams’ starring the recently deceased Ray Liotta while reading Mike’s post -
Ray Liotta Makes His Way to The Field of Dreams?
I’m a fence sitter when it comes to Mike’s UFO stories, but I love his strange animal encounter stories like this robin one, and I couldn’t get the Bobby Day song ‘Rockin’ Robin’ out of my head once I saw the picture of the dead robin laying across the rock.
And 50 years ago Michael Jackson hit #1 with his version of the same robin song.
Turns out that today (July 27th) is the anniversary of the passing of Robert James Byrd (AKA Bobby Day) and that Byrd shares a birthday on July 1st with Mike’s UFO buddy Richard Dolan -
Richard Dolan Shares July 1st With Lady Di When it Comes to Birthdays? 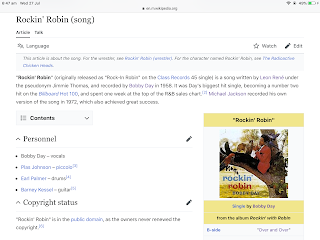 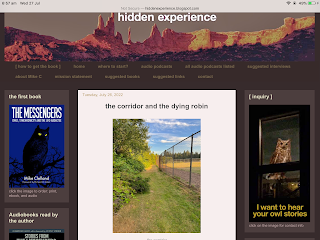 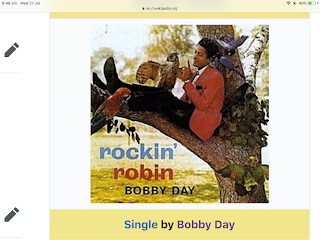