Poetry and the Gift of Forgetting?

I often look for signs from the universe when I’m deciding which book laying around the home I should read next, and when I started reading ‘Saved by a Poem’ it was no different.
The first sign was when I saw a newspaper article about Charlotte Bronte’s book of poems selling at auction for $1.73 million, which reminded me of the two English neighbours from Bronte country who I met on an Australian brewery tour who met each other for the first time on that tour -
From Brontë Country to a Byron Bay Brewery Tour?
The next sign was a feature titled ‘Poetry in Motion’ in a QWeekend newspaper lift-out featuring Sarah Holland-Batt, who I had never heard of before, so I did a search and found a You Tube of her reading a poem called ‘Empires of Mind’ about her father’s ageing mind, which brought back memories of watching my own father’s mind slowly forget everything in his life, before he died.
It was when I got to the chapter of ‘Saved by a Poem’ titled ‘The Gift of Forgetting’ that I had to put the book down and take my mind off what Kim was saying about it being OK to forget, as to me having half my father’s genes forgetting is something I fear, at least if it starts happening too often.
I’ve since picked the book back up and am into the last chapter titled ‘A Sudden Grace’ and am now looking for a sign to guide me to my next book:-)
Knowing: A Journey Beyond The Veil? Library Angels, UFOs and Synchronicity?Saved by a Poem? 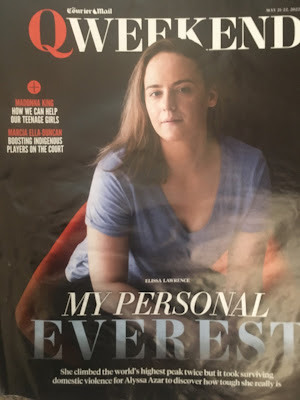 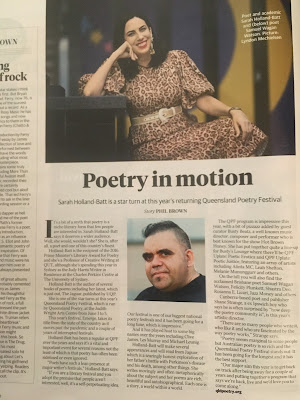 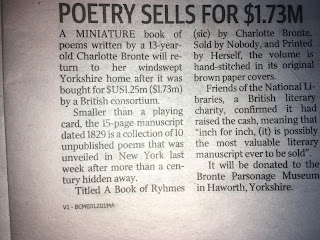