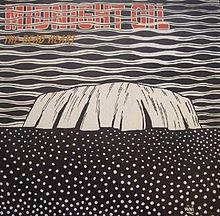 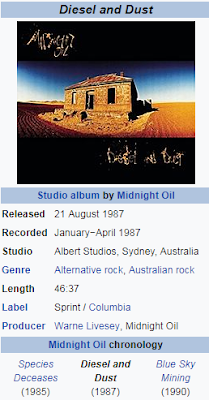 Sometimes I have to wonder if 'Midnight Oil' are the prophets of doom when it comes to theme parks.
I couldn't help thinking of a few songs off their 'Diesel and Dust' album when I saw this old "theme park" going up in flames in the news headlines on the net this morning.
'Fake Uluru' at The Rock Roadhouse near Newcastle destroyed by fire

"The iconic "fake Uluru" roadhouse on the Pacific Highway north of Newcastle has been engulfed in a fierce blaze and completely destroyed.
Fire ripped through The Rock Roadhouse near Hawks Nest on the mid-north coast and the big (little) Ayers Rock — a famous site visited on many road trips — is now no more.
Inspector Ben Shepherd from the NSW Rural Fire Service said 18 crews were fighting the fire and ensuring it did not spread to nearby petrol bowsers.
The 1/40 Uluru replica was built for Leyland Brothers World, a 1990s theme park with amusement rides, the roadhouse and a bush camp.
The park ended up sending the brothers broke and was sold in 1992.
"It is a local landmark and it is well known by many who travel that route, but unfortunately the structure has been completely destroyed by fire," Mr Shepherd said.
The spokeswoman for the Leyland family, Sarah Dennis, told ABC Newcastle they are shocked.
"We are all absolutely devastated by the fire and our thoughts are with the current owners and their staff," the family said.
"The Rock was a dream to inspire Australians to experience our beautiful country." 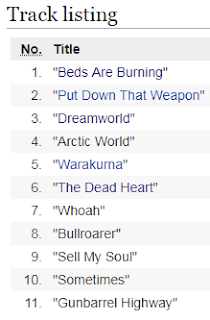 Ironically I stopped here in 2016 for a subway sandwich on my road-trip to Tasmania and it was nearly the last meal I ever ate, because I very nearly got slammed into the back of a bus when the freeway traffic outside Gosford came to a halt after a fatal accident further up the road.
Bridges from the Past to the Future?
I wrote about a shop I saw inside this fake Uluru that sold golliwog dolls, which seemed rather strange considering the real rock is sacred to black skinned indigenous people.
I was stunned that these shop owners thought this was a good idea -
Going With the Flow in Devonport on My Last Day in Tasmania
The Owls Aren't There Anymore It Seems

Kind of ironic also that the fake Uluru burned down in 2018, the year between the November 2017 vote to ban tourists walking the rock from October, 2019.
"Several controversial incidents on top of Uluru in 2010, including a striptease, golfing and nudity, led to renewed calls for banning the climb.
On 1 November 2017, the Uluṟu–Kata Tjuṯa National Park board voted unanimously to prohibit climbing Uluru, with the ban to take effect in October 2019."
The Dead Heart Transplant?

""Dreamworld" is a single by Australian rock band Midnight Oil from their sixth studio album, Diesel and Dust.
The song laments the loss of much of Queensland's built heritage — including the Cloudland Dance Hall, where Midnight Oil had frequently performed — which was demolished under the then-ruling Joh Bjelke-Petersen state government.
The Dreamworld theme park, which inspired the song's name, is briefly shown in the music video."


Thunder River Rapids Ride incident
"On 25 October 2016 at 2:20 pm AEST, four people were killed in an incident on the ride, on approach towards the unloading platform. A vacant raft had become stuck and the following raft, carrying four adults and two children, collided with it.
The conveyor belt continued to push the second raft onto the front raft causing it to lift up and tip backwards with "persons being variously caught in machinery".
Two passengers were ejected from the raft, while the other two were trapped.
The deceased were two women, aged 32 and 42, and two men, aged 35 and 38.
A 10-year-old boy and a 12-year-old girl who were on the same raft were thrown into the water but did not sustain serious injuries.
On 9 November Ardent Leisure chief executive Deborah Thomas announced that the ride would be permanently closed and demolished.
In the aftermath of the Thunder River Rapids incident, Dreamworld spent just over a month closed to the public to enable audits of all rides, shows and infrastructure.
The park reopened to the public on 10 December 2016, without major thrill rides operating however DreamWorks Experience, ABC Kids Word, Wiggles Word, Dreamworld Coroboree and WhiteWater World opened." 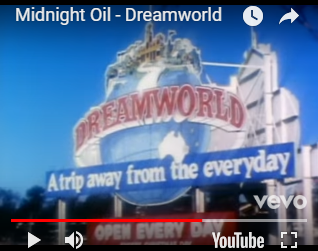 Read About It: Life Imitating Art 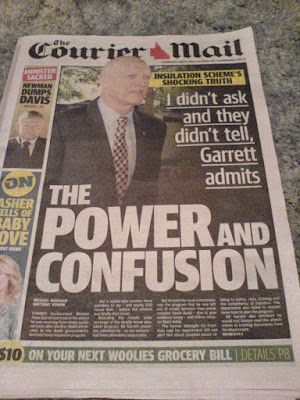 I guess once the newspapers hit the stand today I'll be reading all about the fake rock burning to the ground over night. 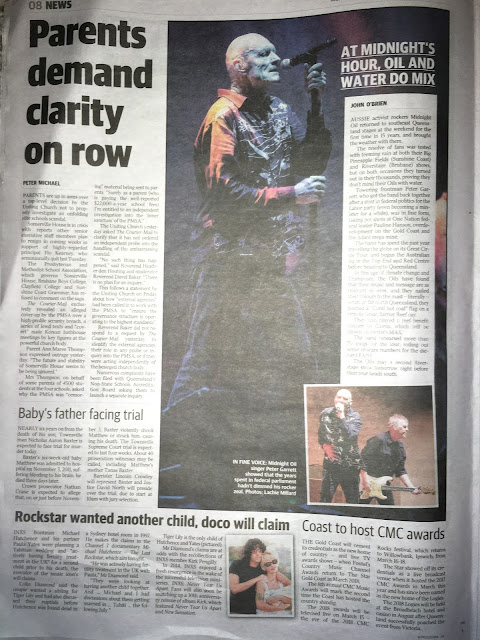 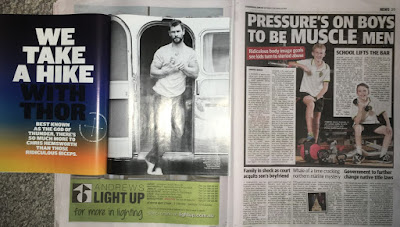 There's that old saying that, "you wouldn't read about it", but it's amazing the things that you do read about, I think, right Chris?-) 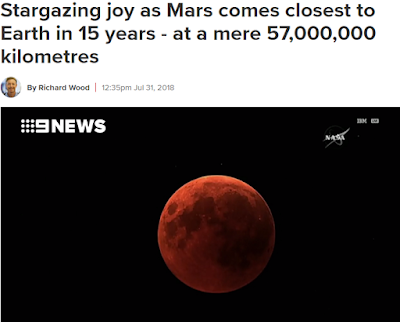 "Mars will be at its closest distance to Earth in 15 years tonight [Last (mid)night that is], wrapping up a memorable month for stargazers.
And we may never see the Red Planet so near for another 269 years.
The Red Planet will be 57.6 million kilometres from our world today, offering the clearest and brightest views since 2003.
After it begins to rise in the evening, Mars will reach its highest point between 11.30pm and midnight." 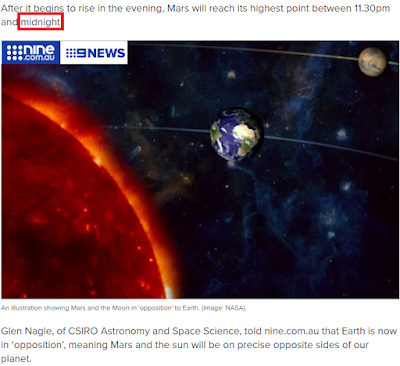 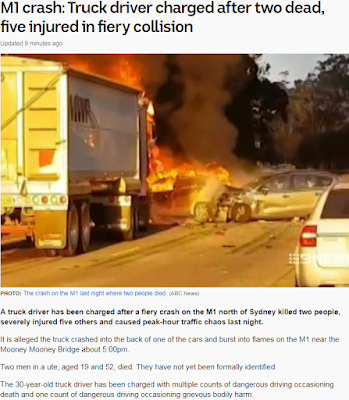 I just saw this news item above about a fatal crash that happened yesterday outside of Gosford on the same stretch of the freeway of the 2016 crash I wrote about in the above post.
Posted by Brizdaz (Darren) at 8/01/2018 06:28:00 AM