Sympathy For The Devil ... and Gary? 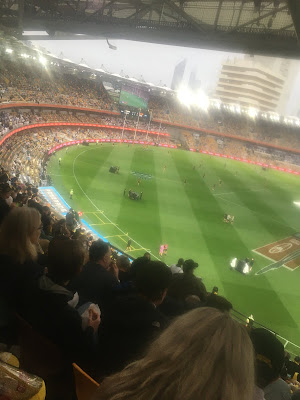 I was wondering why the weird choice of The Rolling Stones song 'Sympathy For The Devil' was ringing out across the Gabba speakers just before the start of the AFL Grand Final when the teams were warming up on the field, and then I saw Gary Ablett Jr. in close-up on the screens and I realized this was a dig at his father for his social media rant about the Illuminati and Lucifer. 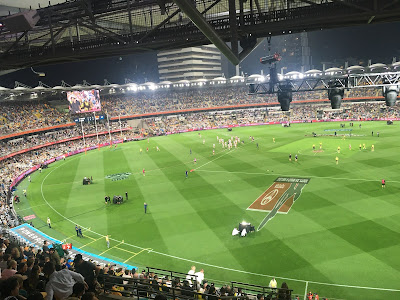 Now while I do believe that there has been some conspiracies in some very high places, I don't buy the "Illuminati" is running the world shtick, nor do I believe in a Satan/Lucifer figure trying to take over the world from the good guys ... whoever they are?
And while rants from lunatic Christians like Gaz make my eyes roll, I have no problems with the majority of sane Christians out there.
Same goes for lunatic Satanists, Jews, and other so called religious groups out there. 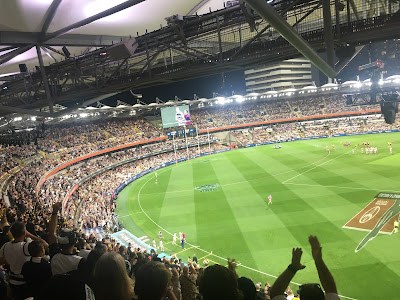 But whatever your belief, it was an eerie coincidence that less than 5 minutes after the game started Gary did his shoulder in a tackle and it looked like he was gone for the night, which in a way he was, even though he came back on the field with a heavily bandaged shoulder. 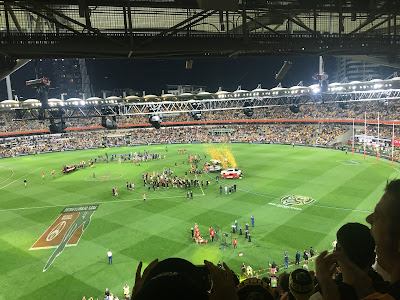 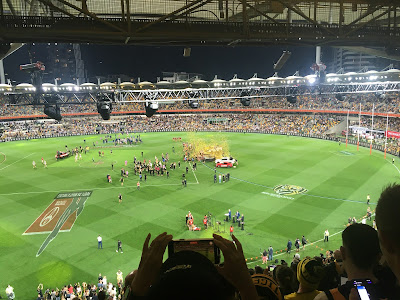 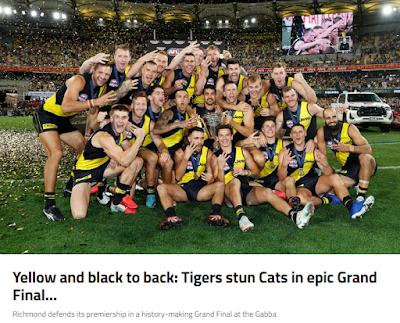 But the worst thing for me was seeing the Tigers 2020 Premiers sign as I came down the stairs of my Brisbane Lions home-ground and wondering why the Geelong Cats couldn't have played that bad the week before here when they knocked us out of the 2020 competition, as we had beaten the Tigers in the first final here a few weeks back. 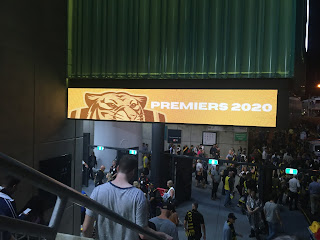 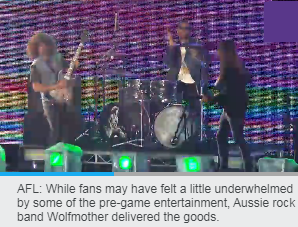 I should have known it was going to be one of those nights when the lead singer of 'Wolfmother' performed their hit song
'The Joker & the Thief' before the game;-)
I remember my workmate Grant, who was a mad Geelong Cats supporter and a bouncer at a Gold Coast night club in his night job, telling me to come down and checkout this band, who in his opinion were going to be huge.
I thought he was joking and never went down to the Gold Coast to check them out.
They were called Wolfmother:-)
I did see them play Riverstage when they were huge though -
The Cosmic Egg and the Dragon 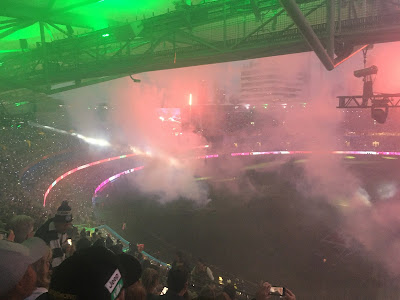