What's in a Name Anyway, Love? 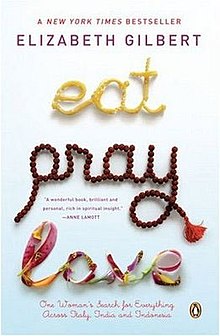 When my father was alive and could remember my name, before he got Alzheimer's, I remember his theory about women (and I guess men too, in these BSPC times we live in;-) who would call everybody "Love".
Dad said they did that because they were no good at remembering names, so it was easier for them to call everybody "Love" instead of trying to remember their given name/s.
What's in a Name? That Which We Call a Rose by Any Other Name Would ... Be a Meme? 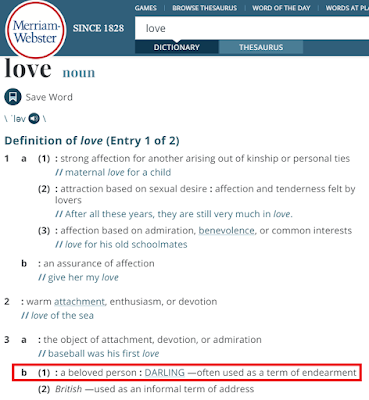 Early On He Decided He Really Wasn't a NIGEL, He Was a SAM and Changed His Name?I finally finished reading my copy of 'EAT PRAY LOVE' a week or two ago and have since given it to a book exchange on Bribie Island, along with my DVD of the movie made from the book -
Dates with Destiny?
Eat Pray Love ... Because It's Just a Ride?I wonder if calling all the people you meet "Darling" is a way of avoiding the name "Elizabeth"?-)
The Siren Song, Cults, Sam Harris, Gods and Years Ending in 7? 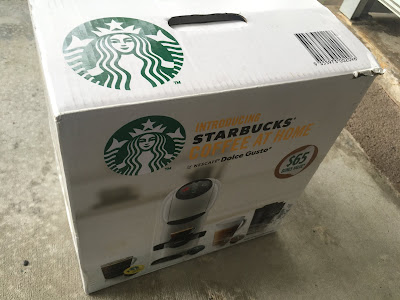 Ironically, when I was looking for old boxes that I didn't want to keep, to pack my books into to take to the book-exchange, my younger brother (I guess in Bali he would have been named Nyoman:-) had just bought a Starbucks coffee machine and asked if I wanted the box for my books that he knew I was getting rid of.
And a couple of days after I had come back from the book-exchange the coffee machine my brother had bought malfunctioned and he had to take it back for a replacement machine, which also didn't work properly, so he took that one back as well, and didn't bother getting another one.
The curse of the Siren strikes again and again it seems:-)
And while I wasn't a real fan of the book, or movie 'EAT PRAY LOVE' I did find it interesting that Liz mentions in the book that there are only really four first names that the Balinese name their children.
Wayan, Made, Nyoman and Ketut.
Which is basically first born, second born, third born, forth born, and then it basically starts back at Wayan.
I only found this out recently when I finally read the last part of the book.
My oldest brother Wayne died this year, and I was surprised that in Bali he would have been named Wayan, because he was the first born.
I would have been been named Made (pronounced mah-DAY, or as I like to think MAYDAY:-), my younger brother with the broken coffee machines would have been named Nyoman, and my sister would have been named Ketut (which makes me laugh thinking of my sister sharing the same name as the toothless old shaman in the the movie and book:-). 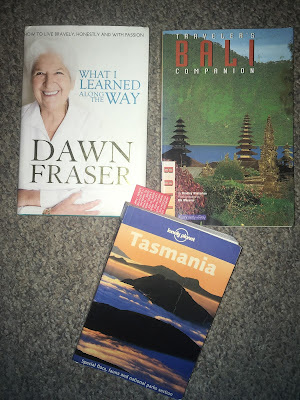 I traded my three boxes of books for the 3 books pictured above. 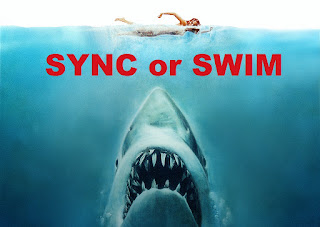 I didn't think about the name Fraser when I chose the book about Dawn Fraser.
I chose that book because the bookshop owner asked me if I liked golf when he saw my old 'Golf for Dummies' DVD in one of the boxes.
I told him that I had never played golf in my life, apart from Put-Put golf.
It was just one of those things that I was going to do one day but never got around to in this lifetime, and probably won't either, now.
But I did go down to the Royal Pines Women's Golf Tournament once and ran into Dawn Fraser when Dawn came racing over in her golf buggy to me and my (now ex) wife to ask us to stop walking between holes, as Karrie Webb was about to tee off.
But we were following the golfers in front of her group and didn't see that Karrie was about to tee off.
I probably said something like "no worries, Love" to Dawn at the time;-)
So when I think of Dawn Fraser, I don't think of swimming, I think of golf. 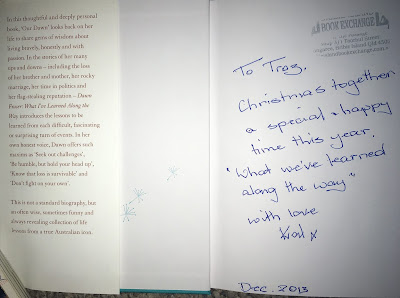 And as for the other two books I chose on the day, I picked the book on Bali, as I'm curious to know more about the culture and history of the island, even though I will probably never go there, as I have never traveled outside of Australia, except to go to New Zealand on a football tour in 1977 when passports weren't needed for Aussie citizens. 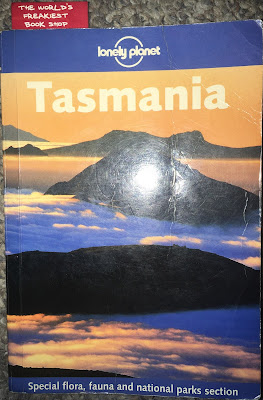 I do want to return to the Australian state/island of Tasmania one day though, so this book looks like there is information that may be important to me if I return one day.
237 and the Secret Savage Garden? 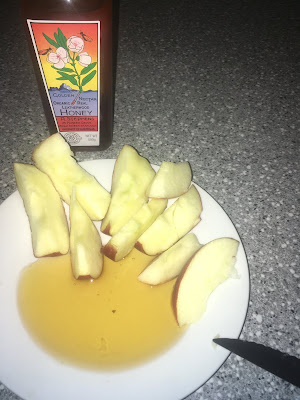 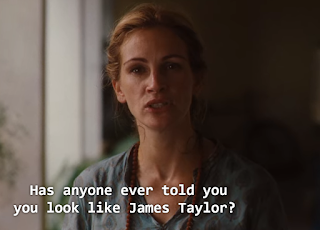 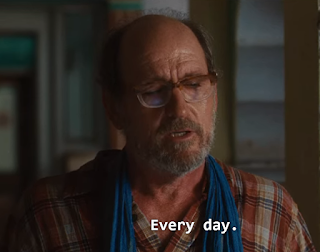