Books to Movies: What Dreams May Come? 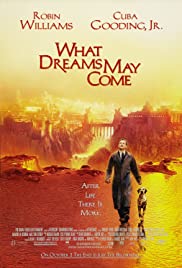 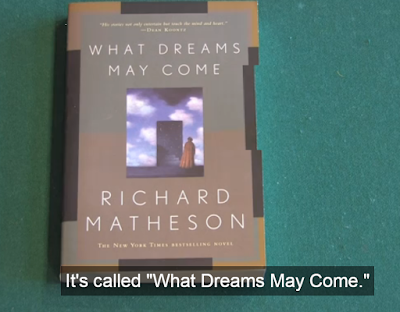 I have not read the book 'What Dreams May Come' but I have seen the movie starring the late Robin Williams, not long after it was released. 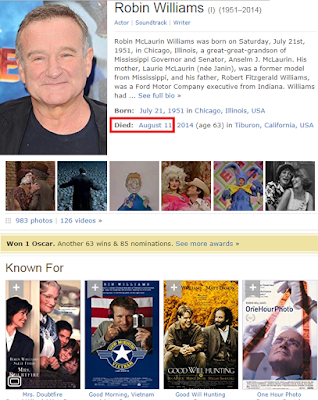 I liked what the movie was trying to convey, but I didn't really like the movie, as the heaven as a painting visuals threw me off right away.
But when I was watching 'The Life After Death Project' and
Richard Matheson holds up his book 'What Dreams May Come' and tells how his wife's mother came to her in a dream, I thought that maybe I should get a copy of his book to read and then maybe watch the movie once more?
Especially after I had recently read Matheson's 'I Am Legend' and found it interesting on a historical pop-cultural synchromystical sense -
Richard Matheson – I Am Legend – The Novel vs The Movies? 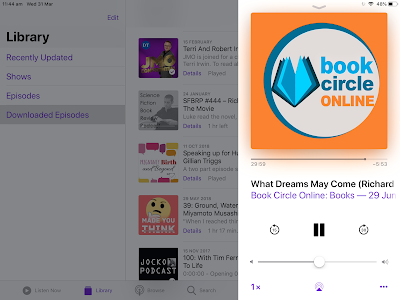 And while I am still yet to read 'What Dreams May Come' and re-watch the movie, I did listen to a 'Book Circle Online' podcast
(You Tube below) discussing the differences between the book and the film.
And I tend to agree with Marisa from what I remember of watching the movie all those years ago.
But now in 2021 hindsight from watching the late Anne Strieber produced 2013 film 'The Life After Death Project' on Amazon Prime recently, a number of synchromystical coincidences started lining up around the arts and paintings. 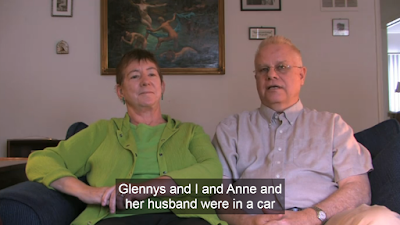 Here's the coincidences I find when looking back at the LAPD movie and people involved in putting it together ... so far.
Richard Matheson the author of 'What Dreams May Come' passed away in June, 2013, then Robin Williams takes his own life on August 11th, 2014, and exactly one year later on August 11th, 2015 Anne Strieber passes away from brain cancer.
Bearing in mind that artist Jackson Pollock died on
August 11th, 1956.

On the subject of August 11th, Robin Williams and birthdays, you might want to read my post I wrote about on Russell Crowe's birthday and him starring in the next Chris Hemsworth (born August 11th, 1983) Thor movie -
Russell Crowe to Star in the Next Thor Movie?
Robin plays a guy named Chris who is searching for his wife Annie, who committed suicide in the movie 'What Dreams May Come' and by the way, Whitley always refers to his wife Anne as Annie ... just sayin';-)
Ah, life and art, as they say:-)
Pleasant dreams?-)
Where Did Richard Matheson and the Road Go?Today (8/4) was my late father's birthday and the anniversary of the passing of his mother (my Nan), so I found it a synchronicity coincidence that episode 84 of the 'Speaking of Jung' podcast dropped today over this side of the world (Australia), even though it was April 7th in The United States, and that they write the
8th of April backwards to us, as in 4/8:-)
Posted by Brizdaz (Darren) at 4/08/2021 04:45:00 PM