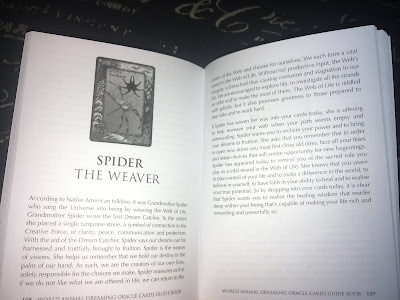 I was sorting through my CD collection the other day after nearly walking head first into a Golden Orb-weaving Spider which likes to spin its web between my side gate and clothesline in my backyard, and I came across a Meditation CD that I have not played before and don't really remember having bought.
I must have bought the CD when I bought my
'World Animal Dreaming' cards from Scott Alexander King years ago.
For Those of Us Who Won't Be Still Dreaming But Would Like To?

Looking at the back cover of the CD I noticed there was a "guided visualisation for reweaving your life with the help of spider", so I put it on my CD player and listened to the whole CD.
It certainly was an interesting listen, but it seemed to be all aimed at a female listening base, which being a male I found rather an outsider to the spider meditation and other meditations, so I'll be putting this CD into my box full of books and things heading for the book exchange for some other listener's life web to catch.
But I'll be holding onto my animal oracle cards though. 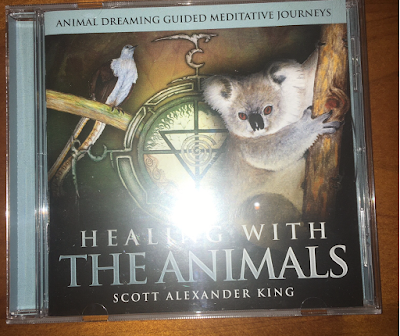 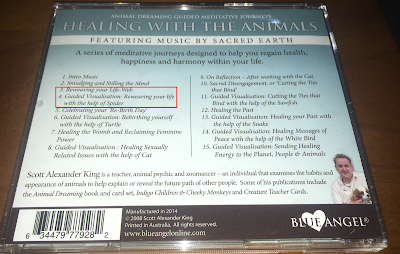 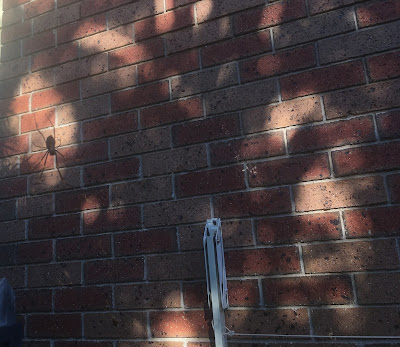 In the oracle guidebook that comes with the cards, Scott writes on page 108 that "according to Native American folklore, it was Grandmother Spider who sang the Universe into being by weaving the Web of Life." 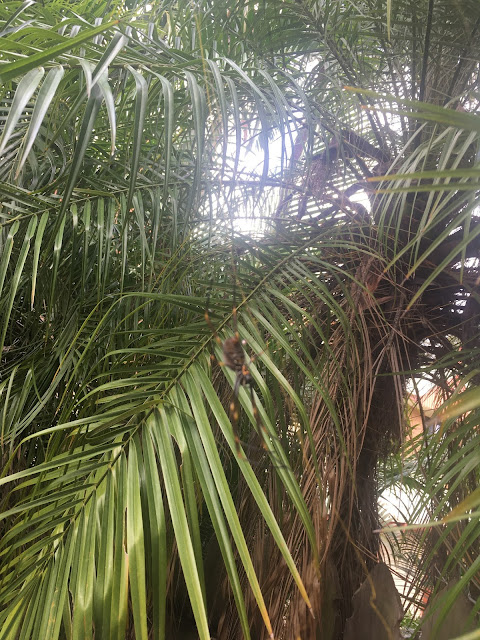 Scott also writes on page 108 that "Grandmother Spider wove the first Dream Catcher. In the centre she placed a single turquoise stone, a symbol of connection to the Creative Force, of clarity, peace, communication and protection."
As of today the Golden Orb-weaving Spider that has been living in my backyard for weeks seems to have disappeared. 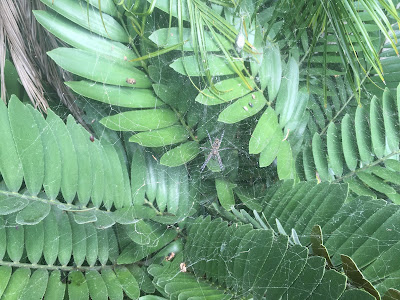 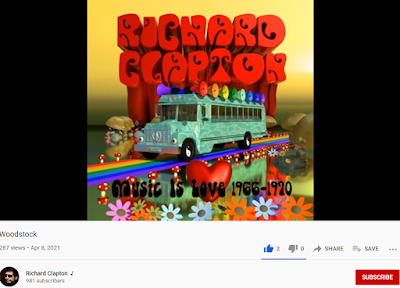 I also liked how Richard Clapton uploaded his song 'Woodstock' on the anniversary of my Nan's passing and my late father's birthday:-)
And I did once own a copy of Scott's 'Earth Mother Dreaming' book, but gave it away a few years ago, as it wasn't really my thing.
The Best Years of Our Lives?
Posted by Brizdaz (Darren) at 4/12/2021 10:28:00 AM