Richard Matheson – I Am Legend – The Novel vs The Movies? 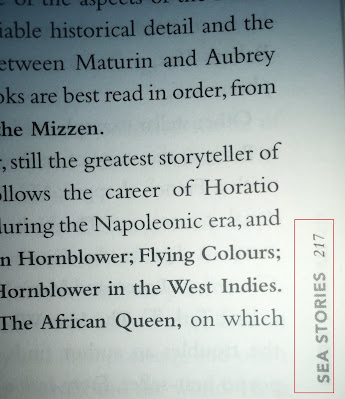 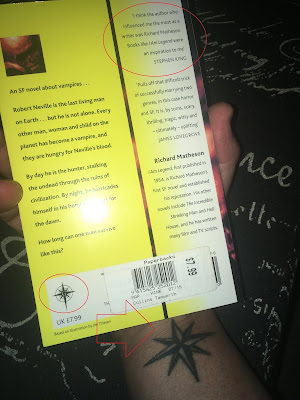 After all these years since buying Richard Matheson's novel
'I Am Legend' I have finally read it, including the Stephen King afterword in the back of my SF Masterworks version.
And I must say that reading it during a Covid 19 pandemic, while living alone really adds atmosphere to the story.
I bought my copy 10 years ago, along with a copy of 'Neuromancer' and Stephen King's 'Cell' -
Neuromancer, Pirates, Pearls and Lightbulbs???
I also watched the Will Smith movie 'I Am Legend' again after reading the book to see what the differences were, and while they certainly are similar stories they are poles apart in tone and setting.
I Am Legend is a 1954 post-apocalyptic horror novel by American writer Richard Matheson that was influential in the modern development of zombie and vampire literature and in popularizing the concept of a worldwide apocalypse due to disease.
The novel was a success and was adapted into the films
The Last Man on Earth (1964), The Omega Man (1971), and
I Am Legend (2007).
It was also an inspiration behind Night of the Living Dead (1968).
I've not seen 'The Omega Man' and after watching that trailer above I doubt I will watch it.
But now I get where they got the idea for Will Smith's sports car in the 2007 movie version.
I haven't watched the movie version starring Vincent Price yet, but I see it is on Amazon Prime.
I listened to a number of podcasts about the book that I thought were worth sharing the links to, as well.
And this one below was even numbered 444, which is the angel number, so I have heard.

This guy above in his podcast even mentions an audio book of
'I Am Legend' read by Robertson Dean, who he said also reads 'Neuromancer', which struck me as rather coincidental, since I bought those two books at the same time 10 years ago. 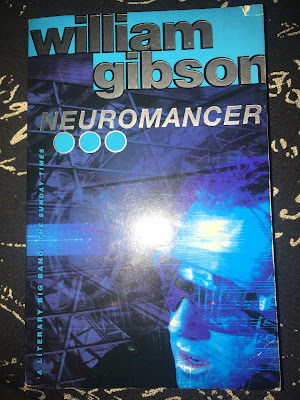 Neuro-Nancy?
Where Did Richard Matheson and the Road Go?
After seeing Richard Matheson make an appearance in the
Anne Strieber produced movie 'The Life After Death Project' and seeing his book 'I Am Legend' mentioned in Nancy Pearl's
'Book Lust' I finally took the book off my bookshelf and read it. 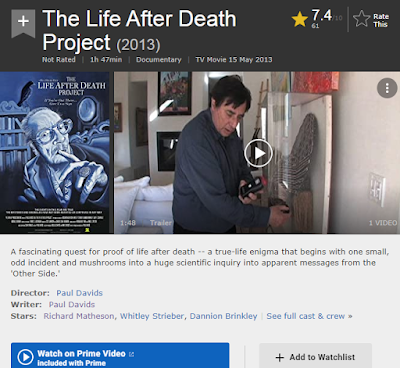 I thought it was interesting that Whitley Strieber who appears in 'The Life After Death Project' also wrote about vampires in his novel 'The Hunger' which was also made into a movie starring David Bowie.
I also found a podcast episode featuring Richard Matheson talking about what inspired his writing and his life, which is well worth a listen I reckon. 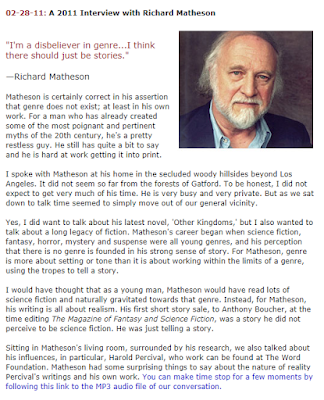 The book really hits home when read in a pandemic, as do the movies too, to some extent. 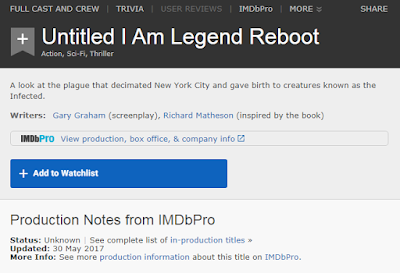 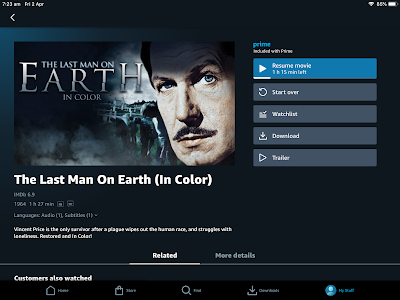 I watched 'The Last Man on Earth' on Amazon Prime and found this movie adaption of the book closer to the novel in feel and ideas than the Will Smith movie.
Apart from the over dramatic corny 60s acting, the movie is worth a watch if you are a fan of the novel, especially during a Covid pandemic while in lock-down.
Posted by Brizdaz (Darren) at 4/01/2021 12:51:00 AM