An Introduction to Synchromysticism? 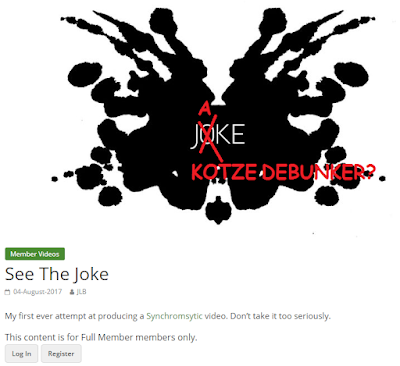 No?
That's because you need to be a paid member to see it on the
JLB site, so it looks like the joke's on you if you want to see it for free. 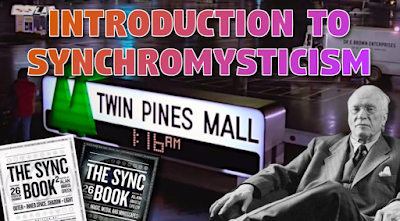 JLB brings up a little You Tube video by one "little known" (Really? Might need to do some homework there JLB...not that I want to drag Joe into the spotlight) Joe Alexander that has had about three and a half million hits to date (something that people like me...who had input into that video...are quite proud of) in his "intro to synch" post. 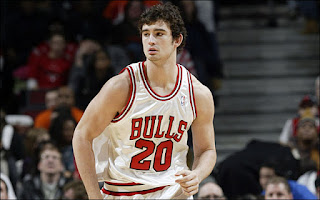 To be honest we were all amazed when that video got over a million hits, not that we didn't believe what we were saying in it, just that videos like that don't get many hits usually.
I have to admit that coinciding with "Back to the Future Day" didn't hurt it's circulation in the news media that thought it was good for a nervous chuckle at our expense.
The funny thing with John is that he lives virtually in my Brisbane backyard and I have never heard of him...and probably vice versa. 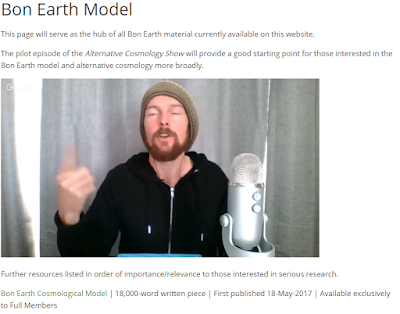 At first I thought John was one of those nut-bag "Flat-Earthers", but it appears that he doesn't believe in a flat earth, or a round one, but something (which being a full-on round earther I can't be bothered wasting my time on finding out) in-between. 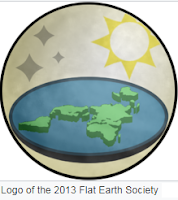 I have no idea what John's background angle is on all this, but I did hear him say he is not religious, so I can cross the "Fundie" angle off my list I guess, but I haven't got a clue where he is coming from apart from his brag that he holds some university degrees in "logic", which should come in handy in an illogical world I would imagine.
I'm a bit of a logic skeptic to be honest, as I find most logic illogical in the long run.
But I admire people like John, who try to "logic" it all out when the sharpest tools in the shed aren't really at their disposal, even if they think that they themselves are pretty sharp people.
I'd really like to hear John being interviewed by someone like Gordon White from the 'Rune Soup' blog about the subject of synchromysticism (which is a free podcast BTW).
The trouble though is that when I click on
a link to find out more about John's website, it appears that he has thrown in the towel, just like the "synch community" he writes about.
Which kind of seems logical in a way I think;-)
John does have a very good "Recommended Reading" list at his blog, which I would agree are books all worth reading, not that they are about the subject of synchromysticism though.
Posted by Brizdaz (Darren) at 11/16/2017 09:11:00 PM

What are the odds of this?
http://www.aamorris.net/properganderatpropaganda/aa-morris-and-john-le-bon-australian-war-dead-what-are-the-odds-carl-jungs-posthumous-vengeance-unleashed

I don't know what the real odds are of anything, to be honest.
Regarding the name Morris though, I am a Cronulla-Sutherland Football Club life member and our current coach is named John Morris and one of the Morris brothers plays in the current team.
My favourite winery that is just up the road more or less from where I live is named Sirromet, which is just the owner's surname and initials spelled backwards to make it sound French ... and his name is T.E.Morris:-)
I've written plenty of posts on this blog about attending music concerts at the Sirromet winery 'Day on the Greens'.
Elton John is playing there next year.
As for the Second World War/Prisoner of War thing my grandmother's brother on my mother's side was a bit of an Australian war hero who fought in the Italian alps against the fascists and at one stage was caught by the Italian fascist army or Germans (I'm not sure which) and put into a pig pen as a POW for a few days.
An Italian farmer woman untied him and let him go though before the enemy could take him away to a POW camp/or kill him.
He survived the war, but never wanted to talk about it and developed a bit of a drinking problem a one point to try to cope with the what they would call today post traumatic stress I'm told.
I used to look at his war medals all the time when I was a kid, as he gave them to my grandmother to keep and she had them in a drawer in her room.
I think she gave them back to his sons in later life.
He died in his old age undergoing an operation.
I only met him once in my life a few years before he passed away.
Oddly enough, because he was fighting in a combined English/Australian/American special forces unit his story is fairly unknown in his country of birth, Australia.
He is more of a hero in Italy than in Australia.