Is it Beginning to Look a Lot Like Mithras for Prime-minister TurnBULL? 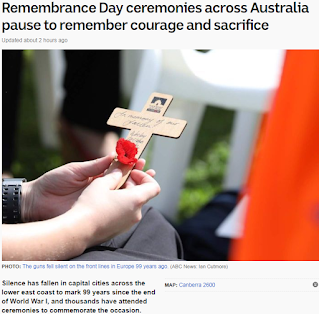 Today in Australia is Remembrance Day where we remember the courage and sacrifice of of our fallen soldiers.
And on Remembrance Day this happens, throwing a dark cloud over Prime-minister TurnBULL's hold onto his leadership of Australia.
Liberal backbencher John Alexander resigns after raising citizenship concerns
"Federal Government backbencher John Alexander has resigned from Parliament, meaning the Coalition has, at least temporarily, lost its majority in the Lower House.
But Prime Minister Malcolm Turnbull shrugged off the loss, ruling out a general election and insisting the Government remains stable.
In the biggest blow yet to the Coalition, Mr Alexander conceded he is "most likely" a dual-British citizen by descent, because his father was born in the UK, making him ineligible to sit in Parliament.
He will now renounce any links to Britain he may have and plans to contest his seat of Bennelong in a by-election." 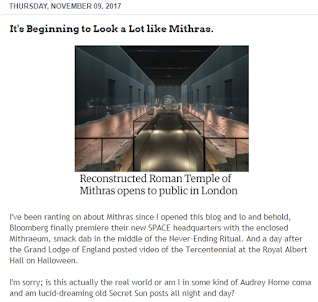 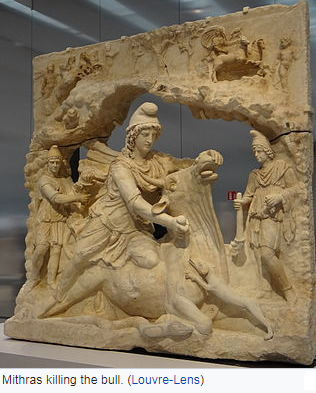 "Mithraism, also known as the Mithraic mysteries, was a
mystery religion centred around the god Mithras that was practised in the Roman Empire from about the 1st to the 4th century CE.
The religion was inspired by Persian worship of the god Mithra (proto-Indo-Iranian Mitra), though the Greek Mithras was linked to a new and distinctive imagery, and the level of continuity between Persian and Greco-Roman practice is debated.
The mysteries were popular in the Roman military.
Worshippers of Mithras had a complex system of seven grades of initiation and communal ritual meals.
Initiates called themselves syndexioi, those
“united by the handshake”.
They met in underground temples, called mithraea, which survive in large numbers.
The cult appears to have had its centre in Rome."
"Numerous archaeological finds, including meeting places, monuments and artifacts, have contributed to modern knowledge about Mithraism throughout the Roman Empire.
The iconic scenes of Mithras show him being born from a rock, slaughtering a bull, and sharing a banquet with the god Sol (the Sun).
About 420 sites have yielded materials related to the cult.
Among the items found are about 1000 inscriptions, 700 examples of the bull-killing scene (tauroctony), and about 400 other monuments.
It has been estimated that there would have been at least 680 mithraea in Rome.
No written narratives or theology from the religion survive; limited information can be derived from the inscriptions and brief or passing references in Greek and Latin literature.
Interpretation of the physical evidence remains problematic and contested."
If I had a surname like Malcolm's I think I would think twice before entering the cut-throat arena of world politics. 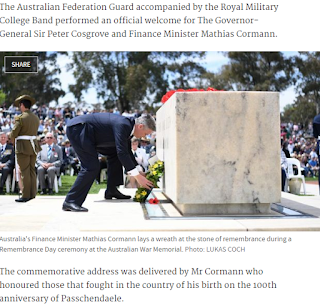 On a personal note I once had breakfast with my (then) wife at the
Royal Pines Resort on the Gold Coast when we went down for the finals of the women's tennis tournament in around 2005 with
John Alexander sitting at the next table and the lady who would win the tournament final Lucie Šafářová and her coach having breakfast at the other table next to us.
It's hard to believe that was 12 years ago now.

For those who don't know, John Alexander was a professional tennis player.
Oh, and Malcolm Turnbull's wife is also named Lucy ... even if it is spelled different from the female tennis player that I mentioned meeting above. 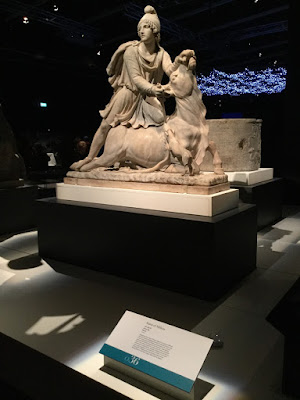 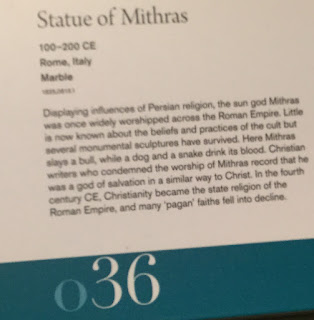 Last year when I was down in Canberra the British Museum had lent their statue of Mithras to the Canberra Museum for an exhibition that was on the road (like me) traveling Australian cites, which I wrote about in this post I called -
Free Parking?
It completely went over my head at the time that the Prime-minister's surname was Turnbull.
Posted by Brizdaz (Darren) at 11/11/2017 04:05:00 PM