The Elephants in the Room? 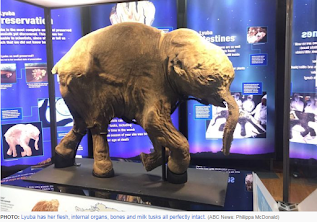 "Lyuba was just 35 days old when she died in a mudslide and now, 42,000 years later, the world's oldest and most intact mammoth has arrived in Sydney.
The baby mammoth, whose name means "love" in Russian, made the long trip from Siberia in a crate, having to be placed in a refrigerator at Dubai airport while accompanied by a minder from the Shemanovsky Yamal-Nenets District Museum in Siberia."
I noticed a few interesting news stories this morning at the ABC website, two particularly about elephants and a third about
Mungo Man, a 42,000 year old indigenous man's remains. 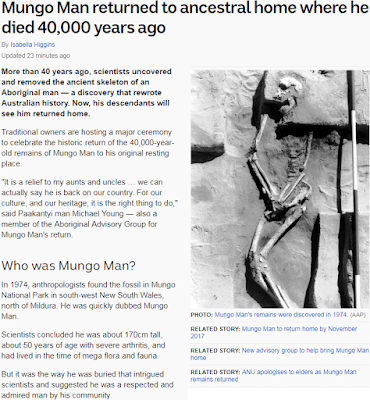 Who was Mungo Man? 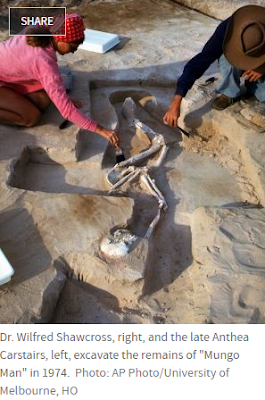 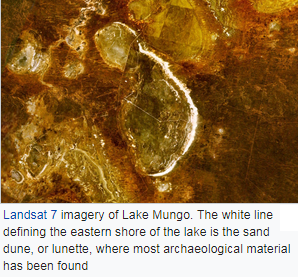 "Mungo National Park can be visited by tourists and is accessed by an unsealed road.

Boardwalks have been installed throughout the sand dunes and visitors are forbidden from stepping off the boardwalks unless accompanied by an Aboriginal guide.
In 2014, fake bones were buried throughout the area as part of an experiment for La Trobe University.
Within two weeks, nearly all of the artificial bones had disappeared."
I remember Thomas Keneally at a talk at the
'Byron Writers Festival' in 2016 and saying that he was writing a novel about the parallels between the lives of a modern man and Mungo Man.
Guilt
"Now I’m currently writing about a man my age, 81, dying, in modern Sydney and he’s a cameraman actually, a well-known documentary maker.
But also, 42,000 years ago, a man is dying, Mungo Man, buried by his fellows in a ritual grave, he’s the first case of our species ritually burying.’
The author also reveals that his new novel is one of his most ambitious projects to date, due to the way in which he is penning it.
‘I’m trying to recreate his life, which is murder, because I’ve had to create a whole new language, due to our metaphors being inappropriate.
Our language is very much the language of city-dwellers.
I’ve had to form a whole new language.’
Even the mere thought of such an undertaking would be utterly beyond some writers.
So how then does Keneally himself feel about such a bold form of narrative, and would writing it in such a way be classified as liberating or constricting?
‘It’s slow going, but like writing poetry.’
He allows, accompanied with a trademark chuckle.
‘Combining extreme history, with extreme present.’" 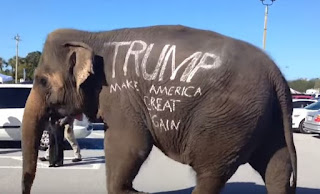 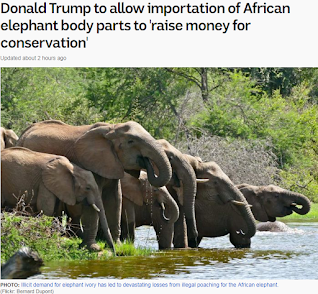 "The Trump administration is set to allow the importation of body parts from African elephants shot for sport, contending that encouraging wealthy big-game hunters to kill them will aid the vulnerable species.
The US Fish and Wildlife Service said in a written notice that permitting elephants from Zimbabwe and Zambia to be brought back as trophies will raise money for conservation programs.
The change marks a shift in efforts to stop the importation of elephant tusks and hides, overriding a 2014 ban imposed by the Obama administration. The new policy applies to the remains of African elephants killed between January 2016 and December 2018." 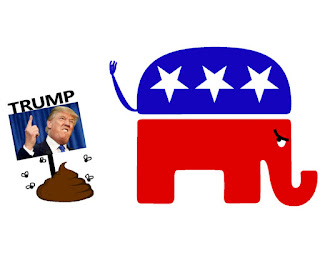 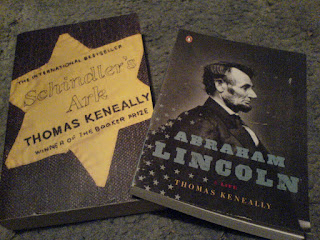 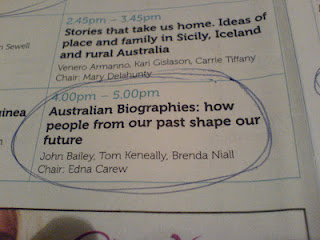 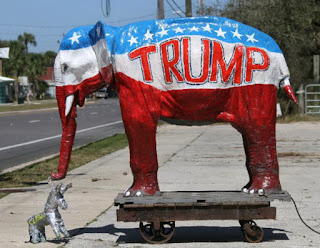