Do You Get the Feeling That Devin Kelley Might Have Once Watched 'The Kingsman'? 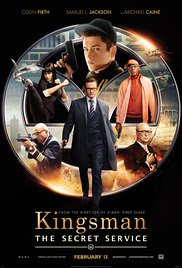 I hired out the movie 'The Kingsman: The Secret Service' about two weeks ago on DVD, because I was told that the second movie that was on at the cinemas at the time was a good movie.
I hadn't seen the first movie, so I put off seeing the second film until I had seen the first.
As I was watching the first Kingsman movie on DVD I thought it was OK until the DVD hit a church massacre scene that appalled me.
See the You Tube of the church scene from that movie below, but...
WARNING: WHILE THIS IS ONLY A MOVIE SCENE, IT CONTAINS RATHER A LOT OF GRAPHIC VIOLENCE.
Texas church shooting: Gunman Devin Kelley escaped mental hospital in 2012
After I saw that scene I had already decided to pass on seeing the second movie in the series, as I thought that scene would just feed some nut-bag's fantasy to go out and shoot up a church full defenseless people.
Which has been done before, but not on that scale like in that movie.
I get the implication in the scene about intolerance from both sides turning to outright violence and I know in this scene that the churchgoers are using weapons and killing as well like the secret agent is and the fact that everyone is being mentally manipulated to murder each other through a secret pitch in their cell phone feed, but I could just see some sick viewer out there thinking that wouldn't this be fun to go in and shoot up a whole big congregation like this? 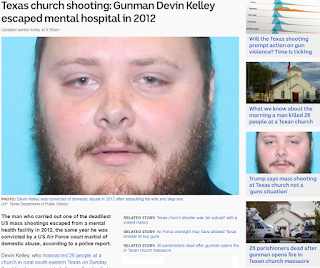 I had even considered writing a post about how irresponsible this scene was in a mainstream Hollywood film, then thought that would probably be an even more irresponsible thing to do, as some nut reading my post might even think what a great idea that was and thank me for pointing it out to them.
Didn't take long for my fears to play out in the real world after I had watched that movie.
And I was glad that I didn't write up that post just in case I thought there was the slightest possibility that this guy might have read a post I put out there about those very fears of mine.
But I still can't help thinking that while I had no influence on that guy's crime maybe he had still watched that very same movie and that scene had inspired his sick mind. 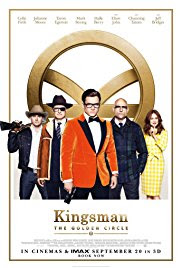 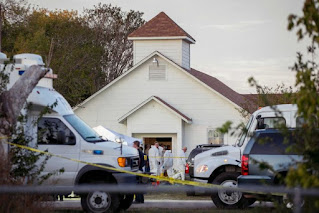 Let's hope this movie had no part to play in Devin Kelley's sick motivation on the day.
Like the pastor says in this sermon above, a week before the shooting, "you never know what's around that next corner." 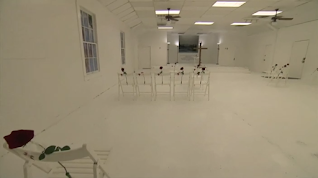